The frustrating state of making progress but not finishing

I did make progress this week on most of my current projects, but I didn’t get to finish anything. That’s getting frustrating. I know, it’s the nature of the writing life — we put in a lot of work before we have anything usable. But I soooo want to close the book on something.

The one thing I didn’t get anything done on was Alien Visitors. And while I’d hoped to write some on the golem article, I didn’t get anything done with that either, other than some more research reading (which counts, especially for nonfiction, but still). I final-proofed Undead Sexist Cliches through Chapter Three and began the final proofing of Questionable Minds. I read about book marketing and marketing plans, which I’ll talk about next week. I got several Leafs done, and thanks to a friend of mine hiring me, began putting out some blog material for a veterans’ organization out in Colorado (for pay). And I blogged at Atomic Junk Shop about DC’s political super-duo, Hawk and Dove.

So paying gigs, productive work on other projects, but everything in mid-process. Good but frustrating. Especially as I’d like to get back to writing some new fiction.

Oh, almost forgot, I spent some time practicing my presentation for the virtual Zoom fair with various McFarland authors tomorrow. I’m scheduled for 2pm to speak on political paranoia in film and TV, as covered in Screen Enemies of the American Way.You can use code VVAF at McFarland Books to get 20 percent off any of the books covered in the various presentations. 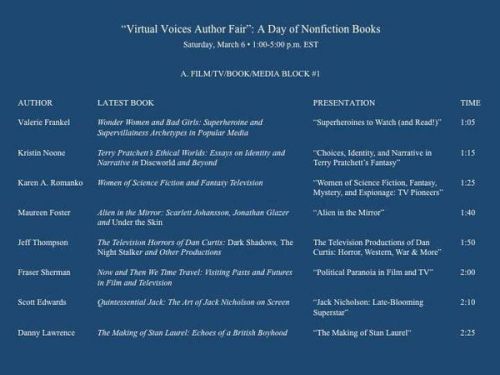 Wisp has been staying outside a lot more this week, as the weather warmed up. I was thinking we were converting her to a mostly indoor cat, but I may have been optimistic. However, we’ll keep working on it — it would be safer for her and less threat to the local birds.

Walking the dogs this week I met Sparrow, an older cat who lives down the street. Much the same stripe and color pattern as Wisp, but to me they look very different now that I know Wisp so well.

See you at the virtual fair, I hope!

#SFWApro. Cover by Ditko, all rights to image remain with current holder.

Image of a tree, reflected in a puddle

I fell behind in post-writing so you get an arty photograph of a puddle reflection.

And because I keep forgetting to link to my Atomic Junkshop posts, here’s the most recent ones:

Why Geoff Johns’ The Three Jokers is a train wreck.

The failure of Jack Kirby’s Omac.

And my entirely irrational fondness for B’Wana Beast, one of the last of the white jungle gods. But hey, anything where the villain has a hundred-foot tall crocodile mecha for his mobile base can’t be all bad.

Wisp has a nasty cut/infection/something on her side. We’re planning to trap her again and take her to the vet, and TYG wants some tuna fish to bait her into the cage. This morning I combined my exercise bike ride with a trip to Walgreens for tuna and a couple of other items.

As I prefer to make my rides at least 30 minutes, I went up the road by Walgreens and cycled around a little subdivision there. When it came time to turn around, either I took a wrong turn or I cycled past the right road or something because I wound up cycling up an around with on idea where the right turn was (it’s a bigger subdivision than I realized). Eventually I whipped out my phone and GPSed it … too bad I asked the road home, rather than to the Walgreens, because I only got more lost.

Eventually, though, I figured it out, partly by guessing that the car that shot by me fast and turned was probably rushing for the main road and work .. yep!  So I made it home after an hour, which was way more than I thought. A very good thing I started early, because I’ve experienced heat stress while biking and it’s very unpleasant.

So after that TYG needed me to take over the dog care, so it was breakfast, walkies and then sitting upstairs with them until her stuff calmed down. The double exposure to the heat left me more wiped than I expected. The end result was that by the time I’d called the vet and asked some stuff about Wisp, my brain was too fragmented. I wound up doing research reading most of the day.

Yesterday I’d taken off, confident I’d have a full day of work today. I needed to sort out some stuff around the house, like the contents of our just-in-case emergency evacuation kits (we need to add some stuff, and I had to throw out some outdated meds). And I wanted to review my writing schedule and figure out why it’s been so unproductive this year. Partly it’s the crazy distractions that keep popping up. Partly that I was just too ambitious in what I wanted to do, including trying to do too many projects at once. And Leaf articles, at the moment, are taking more time out of my schedule than usual, so I have less for other stuff (the paying gigs come first).

Wednesday I had a half day because of an Alexander technique class. Monday and Tuesday I finished rewriting Chapter Two of the Undead Sexist Cliches book (plus I got some Leaf articles done). As one of my beta readers said, it’s not well organized. First I’m going to reorganize, rewriting while I go. Then I go over it for any changes suggested by my betas. Then I add footnotes.

Oh, and I’ve been remiss noting my posts on the Atomic Junkshop site. I’ve recently posted about the Brain Boy Archives, the comics of the early Silver Age and what comic books look like in DC’s post-Crisis universe.

And I sold two different books this week, a copy of Philosophy and Fairytales and one of Sex for Dinner, Death for Breakfast (you can find details about the books and links to buy both on this page). So woot!

September goes in, August goes out

I accomplished about 55 percent of my August goals and almost none of them were writing goals. Part of that was working on the Leaf articles; part was devoting the last week to my sister’s visit and then Dragoncon; and part of that just getting distracted by extra doggy care and other duties. I also didn’t get a lot of various paperwork tasks done — no bills left unpaid or anything, but stuff like finding replacement lights for one fixture (it’s an older one and apparently it won’t be easy) has fallen by the wayside.

This month I have no Leaf to work on, and I’m determined to get tasks accomplished (I have a list). Plus, you know, regular stuff. And after the wonderful relaxing week hanging out with TYG I feel up to the job. Hopefully the feeling will stick around. To make that easier, I’ve also been rearranging my schedule in various ways so that I can hopefully adapt to unplanned extra dog care when TYG has a sudden work call or the like.

I’d expected Wednesday, the first day I got back, would be wasted. I’d be off my game and the dogs would be uber-needy after being in Suite Paws all week. Don’t get me wrong, the staff there are wonderful and clearly love dogs, but Trixie and Plushie really missed us. Surprisingly, the day went great: a few thousand words done on Southern Discomfort, a little bit of progress on No One Can Slay Her, two short stories submitted and another blog post up at Atomic Junkshop.

Thursday though? I had a great night’s sleep but when TYG got up, she found Plush had puked on the bed. Cleaning that up took us some time, then I drove to the 24-hour drugstore near us to get him some Omneprazole. Plush began puking every night mid-August so we took him and the vet suggested we try it for two weeks. It stopped the puking and generally he seemed happier and more comfortable. Tuesday evening, which was about a day after he went off the drug, he puked massively. So it looks like he needs the stuff to keep his tummy happy (the doctor says we may able to lower the dose, but it won’t hurt him if not). It’s already making him more comfortable; unsettling to realize his stomach may have been aching a lot and we didn’t know. 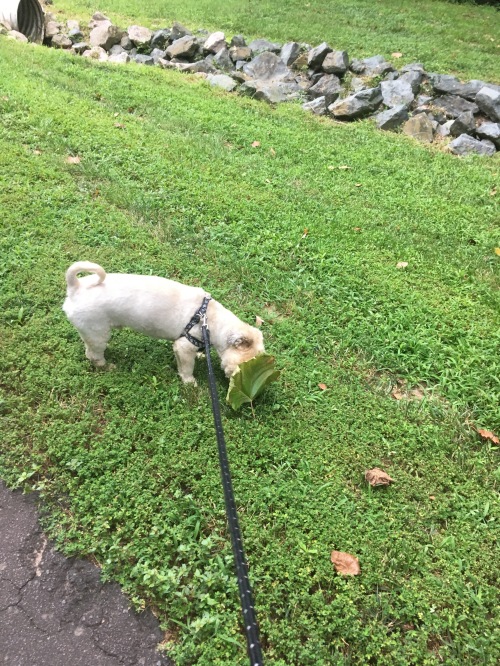 Anyway after all that, I finally got back to work maybe 25 minutes before my morning tea break. So it seemed pointless to start work until after the tea … yeah, you can see where this is going and it’s not “I finished the entire manuscript before dinner!”

Friday we finally had to take Plushie into the vet for the puking. No real conclusion what caused it yet, so we’re giving him special food and meds while they run some tests to rule out stuff. He did seem much better this morning so possibly whatever it was has passed but best to cover our bets.

Even so I got more work done on Southern Discomforts. I put a lot of thinking into No One Can Slay Her — I think I’m going to have to write another scene to make the plot build properly.

So a good start to September’s writing, not good at all as puppy parent.

#SFWApro. All rights to images are mine.

Filed under Now and Then We Time Travel, Short Stories, Southern Discomfort, The Dog Ate My Homework, Time management and goals, Writing