My most recent book is the self-published Undead Sexist Cliches: Bad Anti-Woman Arguments That Someone Should Drive a Stake Through. It dissects misogynist and sexist arguments about topics including rape, male dominance, women’s inferiority and birth control, explaining why the arguments are bullshit. It’s available as a Amazon paperback, an ebook and from several other retailers.

My new book, Now and Then We Time Travel is out from McFarland and also available from Amazon and Barnes & Noble. 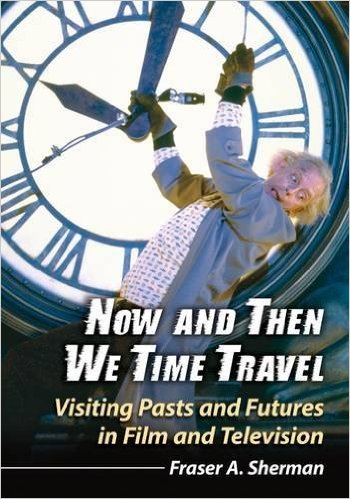 I also just self-published Sex for Dinner, Death for Breakfast. This book chronicles the James Bond films from the TV production of Casino Royale in 1954 through Spectre. 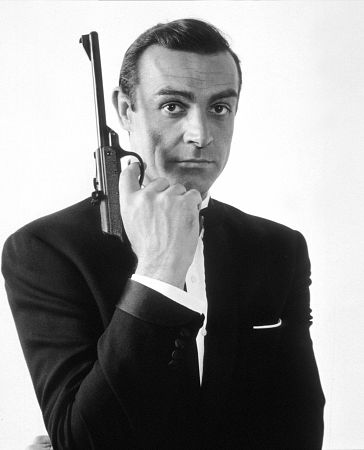 It’s an ebook but available as a paperback too.

And here are my previous three books. 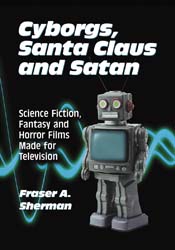 •Cyborgs, Santa Claus and Satan is a look at made-for-TV spec-fic films. It runs from the birth of made-for-TV movies at the end of the 1960s through 1998. Also on Amazon.

•The Wizard of Oz Catalog is an encyclopedic Oz reference. It includes the original “Famous Forty” canonical novels, plus movies, non-canonical books, TV shows, stage plays, radio dramas, cartoons and videogames, both U.S. and overseas. It runs into the early 21st century. And it’s also on Amazon.

•Screen Enemies of the American Way is a look at political paranoia in American movies. The country has had a fear of subversion since it was founded so I look at movies dealing with Japanese agents, Nazi spies, Communist subversives, body-snatchers and Muslim terrorists for the common patterns. Here’s the Amazon link.

I also wrote for about 18 months at Screen Rant. You can find my work for them here.

There’s also my “Quicklet” on Empire of the Summer Moon, analyzing the book—its strengths, its flaws, related topic.

I worked for ten years at the Destin Log newspaper but almost nothing of mine is easy to find online. The same is true of my more recent journalism work for the Raleigh Public Record and my columns at And Magazine.

I’ve written for many  magazines over the years, including Dragon Magazine. For example on clerical codes of conduct, or Spider-Man to Wed Vanna White!, an article on life in a super-heroic universe.