Missed it by that much! Quite a big ‘that much’

Like most people I start off the year full of enthusiasm for my various year goals. In January that gives me the drive to complete 70 to 80 percent of them.

This January? Not so much. More like 54 percent. Part of that was having a really big goal list. Part of it was that one miserable week I experienced. And some of it was that several goals I’d written down turned out to be non-starters. Focusing on a single project one day a week (a novel, a short story, pitches) didn’t work because I’m back doing Leaf articles. It’s easier to handle them if I do a couple a day rather than clump them, but that means I can’t do a full day of anything else. So that one’s off the table. 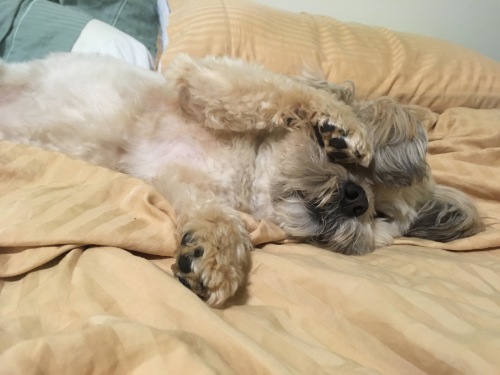 Other ideas just need more practice. I want a more relaxing lunch break rather than rushing to eat so I can walk the pups. That takes a conscious effort. But I’ll get there.

The big disappointments for the month were a)not getting beyond a chapter or two in Impossible Takes a Little Longer; b)not getting anything done on the Undead Sexist Cliches book. Well and c)not selling anything I’d submitted to anyone, but that’s not within my control. I am very pleased that I submitted five stories (technically; some of them were the same story sent out twice), two articles and one column idea.

And I did finish Southern Discomfort and submitted that to eight agents (two refusals so far). I’ll keep sending it to agents until I’ve exhausted the list. Then I’ll switch to publishers. Then I’ll self-publish. Take that, uncaring publishing universe!

Tday I started work on rewriting another novel, Let No Man Put Asunder. This went slow too, and I’m starting to see why: I’m just thinking and editing as I go and it’s slowing me down. I need to let go and let the words flow.

I was pleased that this week I made real progress on two short stories, Only the Lonely Can Slay and Neverwas (that title will definitely be reworked). On Lonely I can actually see what the story arc should be; Neverwas is almost there. Once I get that, it’s mostly a matter or refining, fixing and improving. Being able to see progress makes me more optimistic about my ambitious goals for the year.

I did a fair amount of hanging out at Illogicon (yes, that was a goal) but I didn’t get out much the rest of the month due to my desire to rest my voice. I didn’t get as much bicycling in as I planned, either as I didn’t want to expose my throat to the cold.

I did get lots of Leaf articles done. And that helps pay the bills so yay!

Oh, and I found where my baby sister Keri was buried years ago, which was one of my goals for this year. I thought it would take a lot of work but it actually went smoothly: I checked the US Consulate records for deaths and births of American citizens abroad. That led me to ancestry.com, which, after I signed up, gave me a digital copy of Keri’s death certificate. I’m impressed with myself (I thought I’d blogged about this before but I can’t find it).

Despite what didn’t get done, I feel pretty pleased.

Below, Trixie nervously contemplates going to doggy day care. She loves it there, but she dreads the car trips. 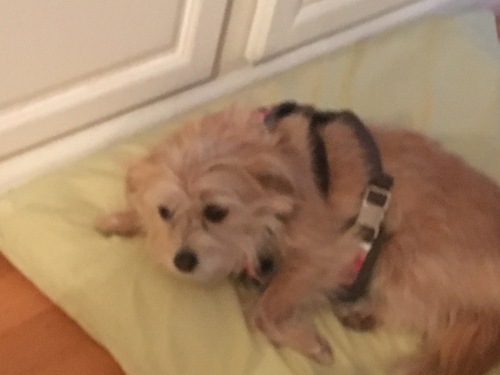 #SFWApro. Images are mine, please credit if you use them.