Trixie sees her shadow (and other events)

So Wednesday morning, TYG and I took the dogs for a walk. On the way home we were upon a slope with the sun to our right— 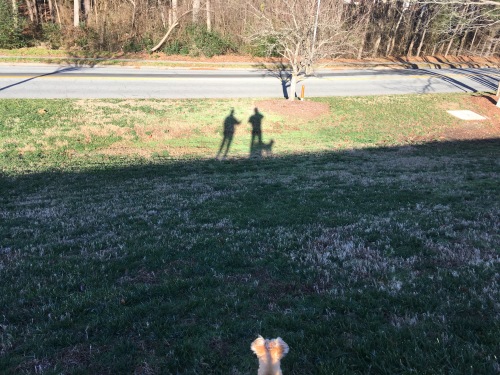 And man, when she saw our shadows, she wanted to run down and meet us. It was adorable. And the walk also let me photograph the first heron and first sunrise of 2020: 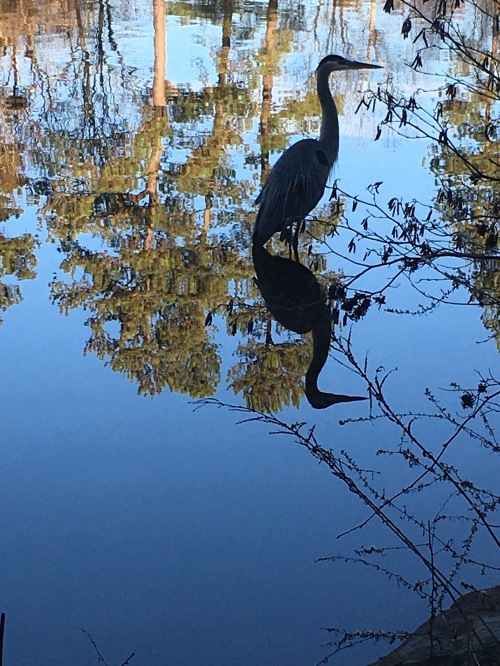 New Year’s Day was otherwise quite relaxed. New Year’s Eve was very relaxed as we don’t go out: TYG has no urge to stay out somewhere until midnight, and I worry about drunks on the road. I was also exhausted so we went to bed without even trying to stay up to midnight. It paid off though: I had a solid nine hours of sleep, which was amazingly refreshing.

Now, as to the rest of the week:

I redrafted Death Is Like a Box of Chocolates and it’s getting close to the point I can show it to someone — either the writer’s group again, or one of my out-of-group beta readers. And I’m keeping the title, even though it doesn’t quite fit as it’s now a box of Stuckey’s praline candies that kicks off the plot

I worked on a first draft I’d largely forgotten about, involving a couple of teenage girls in 1969 getting caught up in a battle with a mysterious sorcerer. I have a lot of unfinished drafts on my laptop, so one of my goals for this year is to get twelve of them finished. This one’s not there yet, but it’s 2,500 words closer.

I worked two chapters on Impossible Takes a Little Longer. I might have gone further, but I ran into an obstacle: I’m now at a couple of chapters where KC’s personal arc takes precedence over the action, and the arc’s changed completely. I like having a pause in the action but a lot of the discussion and conflict no longer works. Hopefully when I look at it again next week, I’ll see the path.

And I finished Chapter Five of Sexist Myths. Reordering the chapter’s argument and entering all the time was a slog … and that’s chapter was in good shape. Chapter Six is a lot less ready, so that may be all i get done on the book the rest of this month.

And I made samosas. They tasted great, but didn’t look at all like the ones you get in restaurants. I’ve had that problem before — next time I make them, I’ll make sure I have enough free time to really work on them.

One response to “Trixie sees her shadow (and other events)”