Hitchcock and Selznick: two great tastes that taste great together

After making Jamaica Inn in England, Alfred Hitchcock jumped to Hollywood for the next phase of his career, making movies for producer David O. Selznick. While I’ve had Leonard J. Leff’s HITCHCOCK & SELZNICK: The Rich and Strange Collaboration of Alfred Hitchcock and David O. Selznick in Hollywood on my shelf for a few years, I figured I’d pick it up as it covers the era in which Hitchcock made Rebecca, Notorious and Spellbound for Selznick, moving from a respected British director to an American superstar. 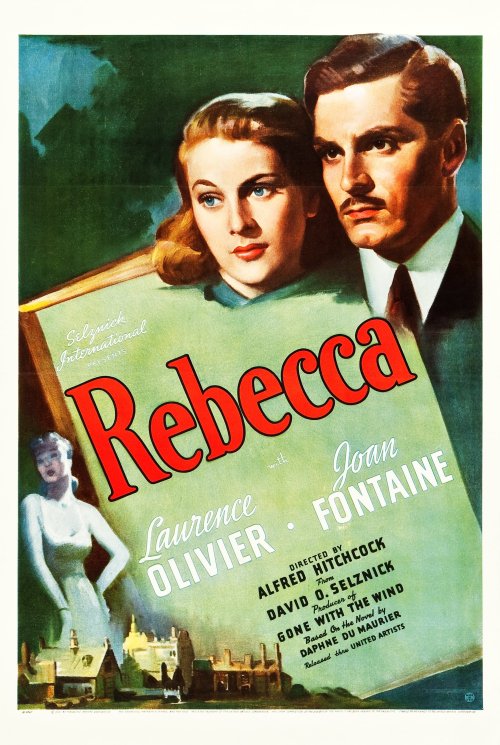 Joining forces made sense to both parties. Hitchcock needed Hollywood cred to play in the big leagues; Selznick, an independent producer who aspired to make A-list films (most notably Gone With the Wind) wanted Hitchcock’s talent. At the same time it was an awkward pairing: Hitchcock didn’t want the producer interfering in how he made movies and Selznick didn’t let anyone at his studio make movies without his input (in the form of long, copious memos).

Hitchcock is often portrayed as an auteur whose vision was so strong, writers and producers had almost no effect on the final product. Leff argues that on the contrary, Selznick’s movie savvy was as essential to their collaborations as Hitchcock’s genius. Hitch focused heavily on visuals and style, believing that how the movie was shot and edited was the key to audience reaction. Selznick forced him to pay more attention to story and character; he also had an eye for what would and wouldn’t fly with the Production Code (toning down the implied lesbian lust Judith Anderson as Mrs. Danvers had for the late Rebecca, for instance).

Leff goes into detail about how the two creatives, whether locking horns or working together, gave us Rebecca, Spellbound and Notorious (Selznick loaned Hitchcock out to other studios in this period for a few more movies) though the magic of their collaboration fell apart on The Paradine Case. He concludes that it would take another decade or so after Hitchcock and Selznick parted ways before Hitchcock would reach the same level. These aren’t my favorite of Hitchcock’s movies, so I’ll be interested to see what I make of them rewatching. The book itself is definitely worth reading if you’re interested in Hitchcock, Selznick, or behind-the-scenes Hollywood stories.

One response to “Hitchcock and Selznick: two great tastes that taste great together”