Love in the 1980s, plus Hitchcock plus Sarah Connor: movies

Set in 1988, TAKE ME  HOME TONIGHT (2011) has a great 1980s soundtrack, but it’s more interested in mimicking films of the era than really evoking the decade. Topher Grace is an MIT grad reduced to working at a video store (I don’t think they ever explain why) and largely avoiding his old buddies. Then he learns the high school crush he never dared speak to will be at the Big Party tonight, so he decides to show, dragging along sister Anna Faris (struggling to choose between Cambridge and Marriage) and his best friend. Will he get the girl? Will he be outed as a failure? I found this too trite to care. Buffy‘s Michelle Trachtenberg plays a punk. “Don’t call yourself a failure — you’re much worse than that.” 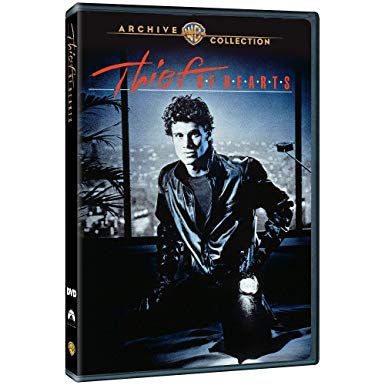 Rewatching THIEF OF HEARTS (1984) I think I actually liked it even more than when it came out. Steven Bauer plays Scott, a burglar who rips off Mickey (Barbara Williams) and her husband and discovers his take includes Mickey’s diaries, wherein she pours out her frustration and her fantasies. Intrigued by the passionate woman he reads about, Scott sets out to become her perfect lover — but as Think Like a Man put it, the trouble with pretending to be a better man is that sooner or later you have to live up to it. Part of what makes this work is that they don’t shy away from Scott being a stalker, rather than a dream lover. With David Caruso (later to enjoy brief TV stardom) as Scott’s psycho sidekick “I bet I can tell your favorite ice cream flavor.”

BLACKMAIL (1929) is the first Alfred Hitchcock film in the set I’ve been watching that feels close to the style that made him famous. A young woman has an argument with her cop boyfriend, flirts with an artist, goes up to his studio then stabs him when he assault her. Will her boyfriend learn what she did? Can she keep her mouth shut when an innocent man becomes a suspect? Minor (though Hitchcock Romance argues it has a lot of minor elements that would crop up in Hitch’s later career) but a quantum leap over Easy Virtue. “Scotland Yard? If not for Edgar Wallace nobody would have ever heard of them.” 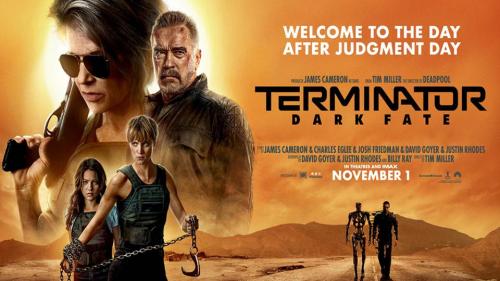 TERMINATOR: Dark Fate (2019) has a lot in common Terminator: Genisys: using T2 as a template, major changes to the timeline, and another alt.Skynet, the AI Legion, becoming the threat to the future. It works a lot better, however as it has fewer time paradoxes and sticks closer to the spirit of the series, particularly in bringing back Linda Hamilton as a gruff, gunslinging older Sarah Connor. Natalia Reyes plays Dani, a Mexican woman who finds herself the target of Gabriel Luna’s liquid-metal Terminator, with Sarah and time-traveling cyborg Grace (Mackenzie Davis) as her only hope for survival, and the future’s. While I wouldn’t bet on the poor box office killing this franchise, if this is the last movie, it’s a good note to go out on. “So your plan is to slip across the U.S. border with an illegal Mexican immigrant and a woman who once had her own episode of America’s Most Wanted?”

2 responses to “Love in the 1980s, plus Hitchcock plus Sarah Connor: movies”