As a follow-up to today’s earlier post, we have Jim Hines pointing out that even if the “boycott Star Wars for its anti-white racism!” crowd are just trolling, they’re still saying racist shit and shouldn’t be cut any slack for being “ironic.” More comments on the boycott from Chuck Wendig (“They act like you’re unbalancing everything. Like you just moved into the neighborhood and took a dump in everybody’s marigolds just because you exist visibly.”) and the Mary Sue.

“This was obviously humor” is something I hear far too often to excuse conservative columns. Charlotte Allen’s WaPo column on how women are morons.  The Breitbart sexbots column. The trouble is, while these things are frequently written humorously, they’re not satirizing the views they express (e.g. pointing out that “all women are too stupid to be in charge of things” is a ridiculous argument). Allen, an antifeminist special snowflake, does believe men should be in charge. So does Yiannopoulos at Breitbart. There’s no reason to assume they don’t mean it, or that their views on women are different than expressed, so they don’t deserve any slack. Ditto for the trolls Hines blogs about.

The same is true of the “well, this was actually ghost-written” defense I’ve heard applied to Pat Robertson after people noticed his New World Order invoked the classic anti-semitic fear of the international conspiracy of Jewish bankers. Or Ron Paul’s columns about how MLK Day is “I Hate Honkies Day” and similar thoughts.

There’s also the related argument that whoever I happen to bring up is completely unimportant—nobody reads or listens to Yiannopoulos/Pat Buchanan/Rod Dreher/etc. I’m just giving them publicity! This might be a valid complaint if I were picking racist comments out of threads and holding them up as proof of what conservatives are really like, or even arguing pundit X represents all conservatives. But I’m not. Breitbart is a major conservative website, arguing that someone who gets a lengthy column there isn’t deserving of attention seems … disingenuous at best.

As for the Star Wars hatefreaks, they can cry me a river. (All rights to image with current holder) 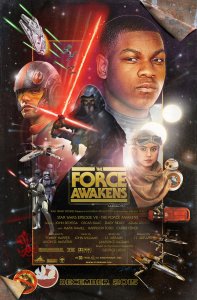