Will the rain of golems never end?

Seriously, the non-stop reading makes me feel like I’m on this Ross Andre/Mike Esposito cover — 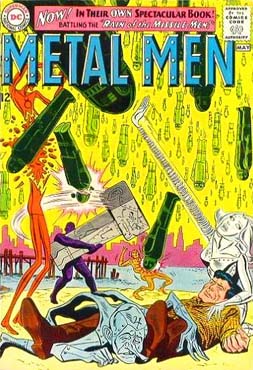 Or this Neal Adams one. 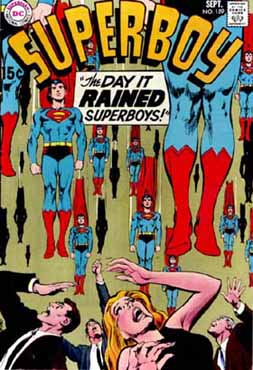 That said, here we go with more kabbalistic goodness.

GOLEM by Scott Barkman, Alex Leung and Mark Louie Vuycanklat starts in Sarajevo when a young kabbalist sees his best friend killed as the Balkan War heats up. Srojan the kabbalist creates a golem for vengeance and justice but as the golem later points out, Srojan’s not skilled: he ends up with a golem that has the power of speech and free will. It’s still committed to Srojan’s goals but it’s approach is more Punisher than Captain America. Can Srojan put the monster he’s unleashed back in the box? This wasn’t bad at all. 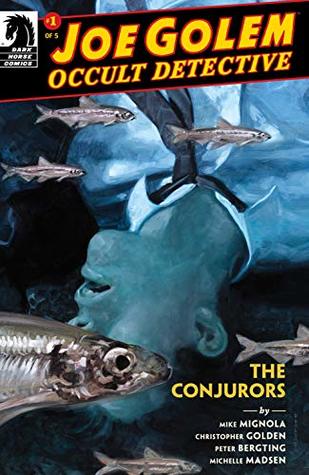 JOE GOLEM: The Drowning City and The Conjurors by Mike Mignola, Christopher Golden and Peter Bergting wrap up the original arc (I don’t know if there are sequels in the works) which I realized reading is set in the same world as Mignola’s Baltimore graphic novel series. The occultist Cocteau has a plan to contact the cosmic entities in the Outer Dark, making himself into a god; trivial questions like the cost to humanity don’t trouble him. Can Joe, Simon Church and tough street-kid Molly stop him? These two volumes were based on a novel by Mignola and Golden so it’s not surprising they’re the strongest of the series. Very good.

GOLEM IN MY GLOVE BOX: A Monster Haven Novel by R.L. Naquin doesn’t qualify for my golem article (the golems are generic magical animates) and isn’t memorable otherwise. This urban fantasy has an empath protecting Earth’s cryptid population, battling a mind-manipulating Empath of Doom turned serial killer. This was third-rate for the genre, and gets way too cute trying to be different (the monster under the bed is a thing?); the whimsy and the bloodshed don’t mesh well either.

Rereading Helene Wecker’s THE GOLEM AND THE JINNI proved a wise move as I can see how the book stands out from most of the pack. In contrast to the golems yearning for freedom, Chava here is horrified when her master’s death leaves her free and independent, as it’s her nature to take directions from others and to work slavishly at her tasks (what makes for disastrous household work in some comical golem tales here proves a boon when she works tirelessly as a baker or a seamstress). The story of her bonding with a djinn for whom freedom is life itself works well as an opposites-attract romance; the sequel comes out this year but fortunately too late for me to have to incorporate it into my article.

FURRY AND FLO: The Solemn Golem by Thomas Kingsley Troupe is part of a kids’ series about human Flo, whose apartment building has a dimensional gateway in the basement, and her BFF Furry, a werewolf prince hiding from his evil father. In this episode, a golem comes looking for Furry but turns to the side of good when he realizes it’s nicer. Doesn’t make the book — the golem here is just another animated figure — but cute enough.

SILENCE FALLEN: A Mercy Thompson Novel by Patricia Briggs has the series hero — a coyote shapeshifter/ghost whisperer — kidnapped to Prague by a powerful European vampire as part of an elaborate scheme I didn’t really care about. While in Prague Mercy encounters the ghost of the Golem of Prague (which she fits into the series mythology) and despite its obvious eagerness to go Hulk Smash on the city, allies with it against a vampire conspiracy. This didn’t work for me at all, as the seemingly endless discussion of vampire and were politics and culture bored me silly — but in fairness, that’s a matter of taste (I assume for her fans it’s as interesting as a detailed discussion of kryptonite varieties is for me).

FEET OF CLAY: A Discworld Novel by Terry Pratchett has city watch commander Sam Vimes investigating a series of murders where the only clue is streaks of clay left behind; of course it can’t actually involve golems as those clay figures (animated by written instructions placed in their hollow heads) only exist to serve man, right? Pratchett does a good job tackling the slavery aspect of golems, though there’s a lot of other stuff going on in the book, as usual for Pratchett.

#SFWApro. Joe Golem cover by David Palumbo; all rights to images remain with current holders. Hopefully next week will be the last golem post