They are the Napoleon of the Public Domain, Watson!

All but the last 10 or so Sherlock Holmes stories are now out of copyright, so everything up to that point is public domain .. but not in the eyes of the Conan Doyle Estate. Several years ago they fought public domain on the grounds that the characters weren’t completely fleshed out and developed until the very end of the canon. Ergo, all post-Doyle portrayals of Holmes depend on every single story, so if some of them are still in copyright, all of them are. Even one as early as The Final Problem, illustrated below by Sidney Paget. 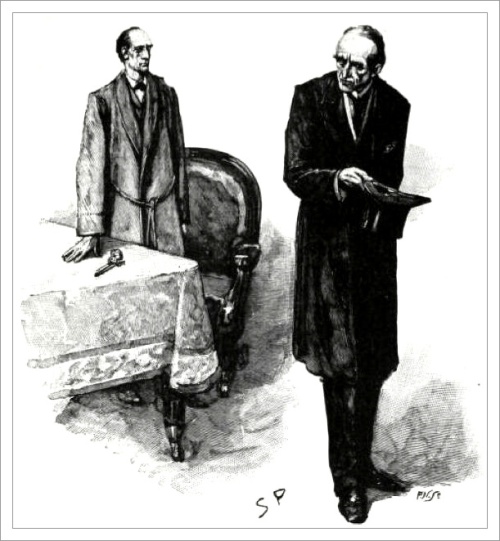 They lost on appeal. Judge Richard Posner argued that if the early and later Holmes and Watson are distinct from each other (due to the way the final stories fleshed out the characters) then there’s no issue with riffing on the Holmes of the earlier stories. If they’re not distinct, the later stories don’t add anything. QED.

But copyright holders are often a determined bunch. The estate is now suing Netflix for Enola Holmes and also author Nancy Springer for the books the film was based on. The argument is that Holmes in the film is in touch with his emotions in a way he wasn’t in the earlier tales, and also “he began to respect women.”

I strongly disagree about women. Holmes was always respectful towards them: he might not want one in his life besides Mrs. Hudson (fan canon about Irene Adler aside), but when his clients come to him, he’s courteous, respectful and protective of their interests. I don’t recall him ever condescending to them or not taking their concerns seriously. British writer Kit Whitfield once described him as an older brother for hire, taking care of things a young woman’s brother or father would normally handle for her.

That said, I have no idea how this will play out; I’m guessing Netflix wins, but I wouldn’t put money on it. Time will tell (I just came up with that phrase. I anticipate it going viral). And check out the Passive Voice copyright blog for some technical legal points such as the choice of venue (“PG doesn’t know how busy these New Mexico judges are, but expects none of them wished for a complex copyright lawsuit involving parties from all over the place to land on her/his docket.”)