Adapted from Isabel Allende’s novel, HOUSE OF THE SPIRITS (1993) was one TYG watched but I just used as a talking lamp and never felt I missed anything. The three-generation story of family and politics in Chile didn’t seem to catch fire despite a cast that includes Antonio Banderas, Winona Ryder, Jeremy Irons, Glenn Close, and Meryl Streep.

VIVARIUM (2020) starts well as a creepy realtor shows a couple what he assures them is their forever home in a new development — and it turns out he’s right, because no matter which way they drive, they end up back at the same house. Unfortunately the weirdness takes second place to becoming foster parents of the Kid From Hell, and it became less interesting and as meaningless as Aronofsky’s Mother. Jesse Eisenberg as one half the couple isn’t as annoying as he was in Dawn of Justice but I’m still not impressed. “Silly mother — you are home.”

I watched the first episode of Netflix’ urban fantasy WARRIOR NUN (based on a comic of the same name) but unlike several of my friends, felt no need to watch any further. A Buffy variant, the opening episode has quadriplegic Ava (Alba Baptista) dying, then coming back to life fully abled due to having a chunk of the magic element divinium embedded in her, thereby making her the latest Slayer (so to speak). Part of my problem was that it felt really slow (too much Origin and not enough action). A bigger problem is that other than one scene where Ava’s dancing on the beach and glorying in being able to move, her backstory doesn’t seem to matter — Ava’s your standard-issue snarky, pop-culture referencing teen hero and not as interesting a one as Buffy or Dead Like Me‘s George. “What if I told you the forces of evil are real?” 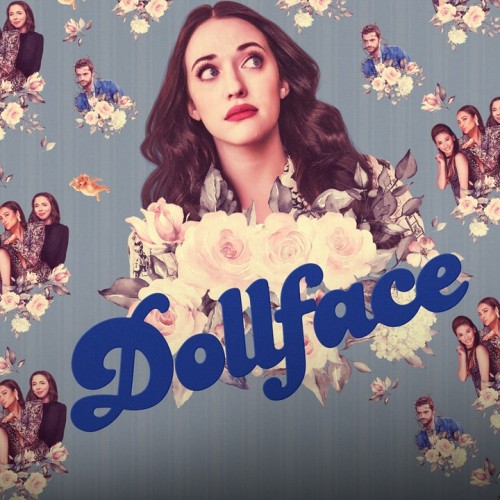 On the plus side, I wrapped up Apple TV’s DOLLLFACE (on Hulu) and thoroughly enjoyed it. Kat Dennings (best known to me as Jane Foster’s sidekick in Thor) plays Jules, whose boyfriend has been her entire world the past five years, but he just dumped her for someone else. On the advice of an old cat lady (literally, she has a cat head) Jules tries to reconnect with her former besties, perfect Madison, sexy Stella and neurotic Izzy. What follows is whimsical and oddball (Ally McBeal was a big influence) but also frequently funny and with some great lines —

“Every experience is a birth. Except birth.”

“Thank you for bringing your dope goddess energy into this space.”

“The answers were inside you all along … sorry, that only works if you really do have the answer.”

The focus of the show is the women and their friendship, so I was glad that’s what became the heart of the final arc: Jules discovers Madison’s supposedly divorced older boyfriend is her boss’s non-divorced husband, so how does she tell Madison? And what happens when it looks like Jules is blowing her buddies off for a man again? It’s a shame S2 has been kicked back to 2021 like so many other shows. “Maybe we should navigate by the stars — I’m an Aquarius, if that helps.”

One response to “Bad drama, bad horror, mediocre TV but some good TV too”