I absolutely love the science fantasy work of A. Merritt. For those who don’t know Merritt, the books have the trappings of fantasy (ancient deities, lost races, supernatural forces) but all explained by pseudoscience: other-dimensional entities, invisibility through superfast vibrations, reincarnation by ancestral memories. And such vivid and colorful settings they lent themselves to great book covers. For example Rodney Matthew’s wraparound cover for The Face in the Abyss —

Or Matthews’ cover to Merrit’s Lemurian fantasy The Moon Pool 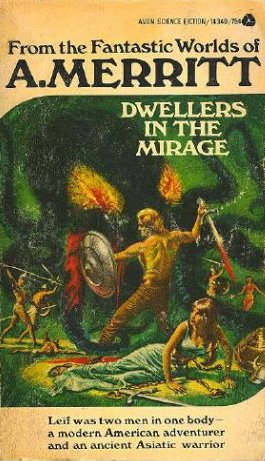 Here’s Matthews take, one of the few that doesn’t go Conan.  Though the monstrous Khal’k’ru looks a little dopey. 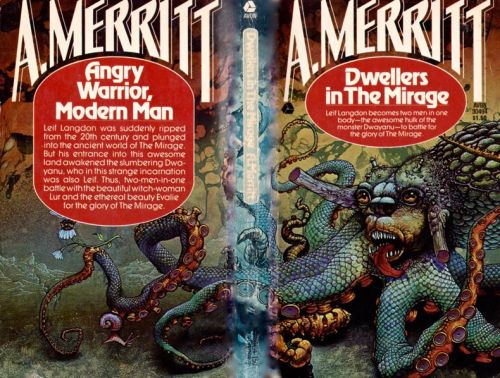 Don’t know the artist, but here’s a third take.

Next, Merritt’s only pure fantasy novel The Ship of Ishtar, cover by Stephen Fabian. 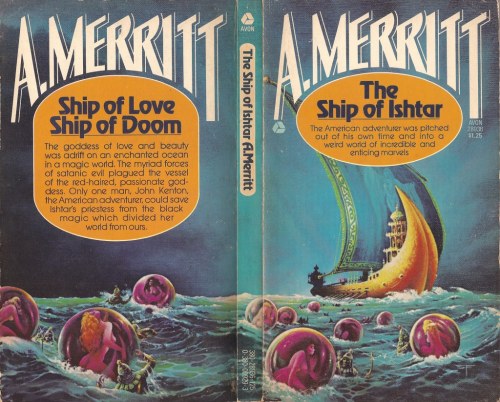 The sequel, Creep, Shadow, is a superior book. Here’s the best of the covers I’ve found and an interior illustration, but I don’t know either artist. 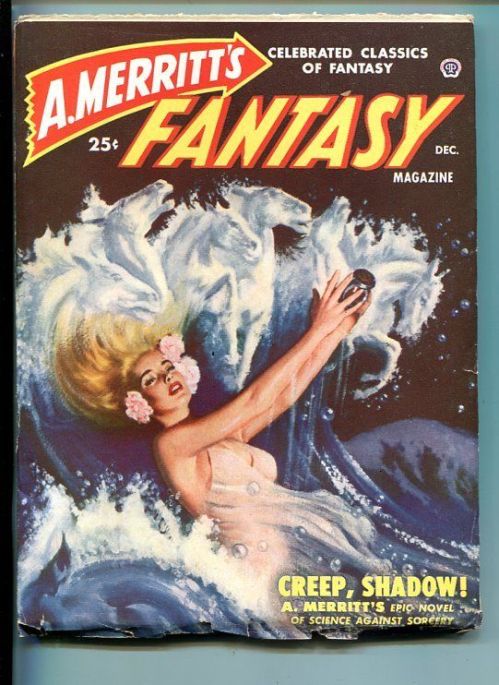