Courtesy of Netflix, I caught THE HOWLING REBORN (2011), the last entry in the Howling franchise to date. Like most of the earlier sequels it’s in Name Only: right before graduation, high school nerd Will (Landon Liboiron) finds sexy bad girl Eliana (Lindsey Shaw)luring him for a walk on the wild side. And now he feels so strange, so animalistic … what’s she done to him? In a nice twist, nothing: Eliana’s human but Will’s supposedly dead mom (Ivana Milicevic) is a lycanthrope (bitten while pregnant so the strain is latent in her boy) eager to have him join her pack. Too bad Eliana knows too much to live … The high school romance makes me suspect Twilight is part of the inspiration (Liboiron looks very much like Robert Pattinson) but despite the one good twist, this doesn’t have enough spark to work (I wish they’d played more with the idea of the absent parent shoehorning their way into the kid’s life). I’ll give them points for keeping their werewolves in shadow as much as possible.“If someone finds this video, please stream it to YouTube so my life won’t have been in vain.” 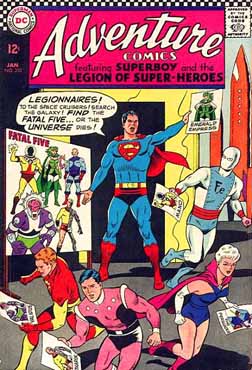 JUSTICE LEAGUE VS. THE FATAL FIVE (2019) pits the JLA against the time traveling villains Mano, Persuader and Tharok, who’ve come back from the 31st century to capture reluctant Green Lantern Jessica Cruz (voiced by Diane Guerrero of Doom Patrol) while Batman realizes Arkham patient Thom Kallor’s babble about coming from the future to stop a disaster may not be entirely delusional. Action-packed (all members of the Five do put in an appearance eventually) and fun, though I do hate this version of Tharok (a cyborg killing machine, rather than the original conception of him as the super-genius to end all geniuses). Kevin Conroy voices Batman again and Batman: the Animated Adventures producer Bruce Timm voices Two-Face. “This is the end of the era of heroes — and the beginning of our own.”