A superhero, a melancholy Dane and Netflix cartoons: movies and TV viewed 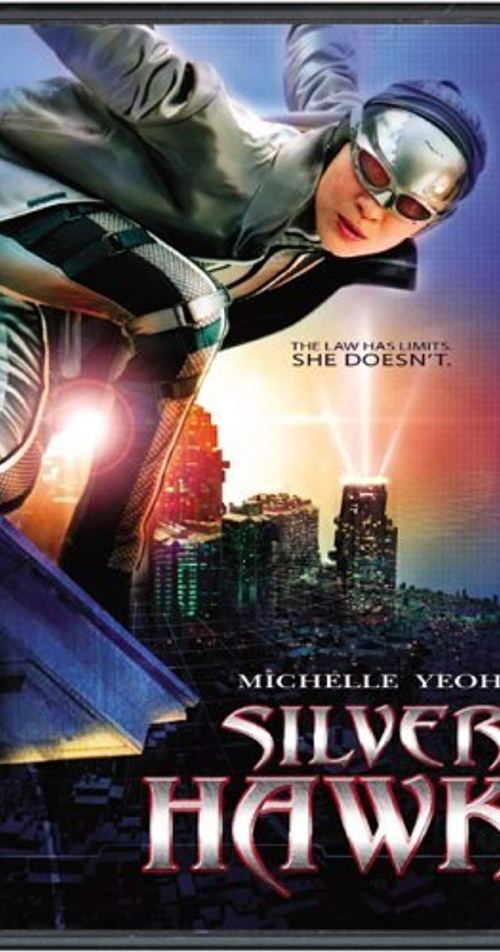 Michelle Yeoh is SILVER HAWK (2004) a millionaire martial-artist riding a motorcycle against crime. A kidnapping turns out to be Step One in a cyborg mad scientist’s plan to turn cell phones into mind control devices; can Silver Hawk stop him even with her childhood best friend now a cop assigned to bring her in. Yeoh, as always, radiates star quality, and the movie is a blast. “My boss is correct — it really does take you four hours to get dressed.”

David Tennant gives a spectacular performance as HAMLET (2009), a Royal Shakespeare Company production shot at Elsinore Castle (not the first film to do that) and one of the more unstable melancholy Danes; in his early scenes with Ophelia, his madness does seem more like he’s snapping than him putting on an act. With Patrick Stewart as Claudius, this is a solid modern-dress production (though the gimmick of having some scenes apparently caught on security cameras brings nothing to the table); Ophelia’s madness feels very out of the blue, though, and as usual I find Gertrude under-written. “Though Hercules himself do what he may/The cat will mew and dog will have his day.”

S2 of SHE-RA AND THE PRINCESSES OF POWER alternates between the Princess Alliance working on ways to take back the territory the Horde have occupied and Katra, Skorpia and Entrapta working on ways to advance Hordak’s end-game. The imprisoned Shadow Weaver, however, has plans of her own … This was an excellent season, culminating in revealing Bow’s secret origin (raised by pacifist academics, he’s been hiding the truth about joining the resistance). Katra, meanwhile, worries her achievement in becoming force commander is rapidly eroding, bringing all her insecurities to the surface. My only complaint is that seven episodes was too short — I hope we got back to 13, or at least 10, next season. “ “All the Horde ghost stories are about evil dead princesses — I can’t believe I never noticed that!”

I also finished the first season of AGGRETSUKO,a Netflix series loosely based on some Japanese anime shorts. Retsuko, the protagonist, is a corporate drone working under a bullying sexist boss in accounting and relieving her feelings by blasting out heavy metal karaoke after work. Can she find love? Or the courage to tell her boss off? Or will she stay stuck in her current mode forever? This was no She-Ra but it was fun, and fits with some of the stories my corporate-employed friends tell about work. “Even a high school boy has better sense than that!”

3 responses to “A superhero, a melancholy Dane and Netflix cartoons: movies and TV viewed”