“Without its ideals — its commitment to the freedom of all men, America is a piece of trash!” 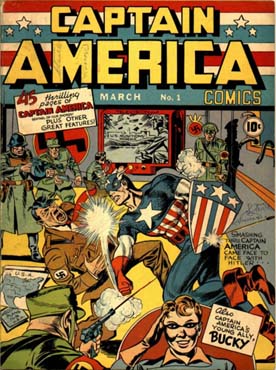 So says Captain America in What If #44: set in an alt.timeline where he’s thawed out in the 1980s instead of the 1960s: “A nation is nothing! A flag is a piece of cloth! I fought Adolf Hitler not because America was great, but because it was fragile! I knew that liberty could be snuffed out here as in Nazi Germany! As a people, we were no different than them! When I returned, I saw that you nearly did turn American into nothing!”

Let July Fourth be our reminder that if America is exceptional, it’s because we make it so. And that being exceptional doesn’t come automatically and doesn’t automatically last. It takes work.

Cover by Jack Kirby. All rights remain with current holder.