The enemy is hate: Flash and Supergirl season reviews 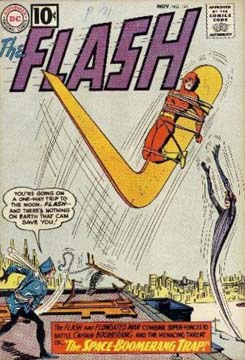 Both FLASH and SUPERGIRL made hate a major part of their storylines this past season though in different ways.

At the end of S4, Flash smashed the Thinker’s doomsday satellite with the help of a mysterious female speedster — Nora West-Allen (Jessica Parker Kennedy), his and Iris’ daughter from the future. He died while she was very young, so she’s come back to meet him — and speed alongside him fighting the usual metahumans plus Cicada, a psycho meta-hater who cancels out powers and kills with a mysterious knife. It turns out Cicada has appeared on many Earths of the multiverse, always the same person — except Nora’s changed events by helping destroy the satellite so it’s someone different. Can they find him? Stop him? And what will Barry do when he realizes Nora’s secret mentor for her time trip is his mother’s killer, the Reverse flash (Tom Cavanaugh)?

I enjoyed the season (though as a Flash fan since childhood, I’m biased), Kennedy was good as Nora and Cavanaugh remains an outstanding villain. And Cicada didn’t annoy me as much as most mutie-hater types do, probably because everyone treats him like a psycho instead of declaring he’s the hero. However it had its problems too:

The big twist on the villains is supposed to be that the satellite crash created meta-tech rather than metahumans. They never do anything with this, though — the tech doesn’t get passed around from hand to hand, so what difference does it make (Cicada’s dagger does change hands, but it’s a special case)? And the time-changing plot at the center of Thawne’s secret agenda doesn’t make a lot of sense (I’ll avoid spoilers); there’s a point where Ralph figures out Team Flash is being played, but the points he raised might as well have been ancient Akkadian — I couldn’t follow it. Not up to S4, but fun enough for me.

Supergirl’s S4 does have a movement: Ben Lockwood, who blames his family tragedies on all the ETs now living in the US, organizes the Children of Liberty, an anti- 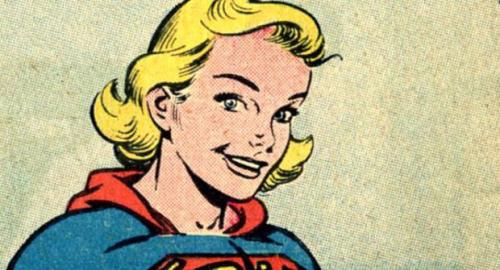 immigrant group dismissing the aliens as “roaches.” While I can sympathize with the reflection of current politics, this is the kind of plot that X-Men made me heartily sick of.

Fortunately there’s a lot more going on. Manchester Black appears after his alien girlfriend is murdered by the bigots. He has no patience with Supergirl and J’Onn’s commitment to peace and hope — he wants revenge. Over the course of the season he gathers a copy of his comic-book team, the Elite, and takes the fight to the Children of Liberty and anyone who supports them. His militancy plays off perfectly against the Maid of Might — but instead the creators decide to play him off against J’Onn, who’s trying to walk a path of nonviolence. That didn’t work for me; J’Onn just isn’t a symbol the way Supergirl is and his commitment to peace is a new (and short-lived thing). Manchester’s arc had one great episode, but after that it just petered out.

The show did much better with Lex Luthor. Jon Cryer was an odd choice but he works, partly because they went full comics with Luthor. In his first appearance, in flashback, he’s turned the sun red just to neutralize Superman’s powers, never mind the cost in human life. After so many screen Lexes who are just crooked businessmen (or Jesse Eisenberg’s caffeinated annoyance) an old-school super-genius with murder in his heart was refreshing. He turns out to be the big bad behind everything that’s going on, including a quasi-clone of Supergirl, Red Daughter (a riff on Mark Millar’s Red Son). Melissa Benoist does a good job playing them both, and the story makes Red Daughter sympathetic, though naive (for which Lex mocks her at the climax). As a result, this got better as it went along. The assumption the power of the press could break Lockwood’s movement and Lex’s schemes is awfully optimistic — but hey, if Superman’s cousin can’t be a beacon of optimism, who can?

One response to “The enemy is hate: Flash and Supergirl season reviews”