Films that made an impression: the second five posters

Following up on last week’s post about movies that made an impression, for various reasons:

There was nothing like Blazing Saddles (1974)when it came out and I was flabbergasted. A mainstream movie that had that much profanity? And dirty jokes? To say nothing of dealing with race, and in a comedy no less. Not to mention just nuts in so many ways. As if that wasn’t enough, I first saw it at a friend’s house on a cable channel that was — get this — devoted to showing nothing but current movies, all uncut. My god, what an amazing development in TV!

Like Star Wars in the previous post, Casablanca (1942) had me walking around in a daze after I saw it (a showing while I was in college). An amazing movie with an all-star cast, a great theme song, drama, Nazis and some incredible lines of dialog (“I came to Casablanca for the waters.” “We’re in the desert.” “I was misinformed.”). Still one of my all-time favorites; I have that poster on my wall.

I never saw any blacksploitation movies when they were showing on the big screen (they were at the drive-in, I didn’t have a car) but I caught the trailer for Friday Foster (1975) on TV and immediately crushed on Pam Grier. She was probably my first big-screen crush (I had quite a few from TV) and while the movie isn’t her best from that era (I think I’d pick Coffy), it is a lot of fun. And Grier, as a news photographer, is just as stunning as she looked in the trailer. 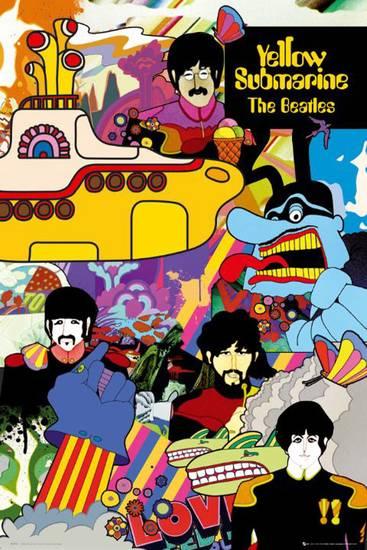 1968’s The Yellow Submarine was a mindblowing experience (again, one I didn’t go through until college). The absolutely wild pop art animation was stylistically unlike anything else I’d seen in animation, throwing in weird stuff purely for the sake of weird (this is a plus). The score is, of course, awesome, and I think those guys they had in the lead have some real potential as singers. 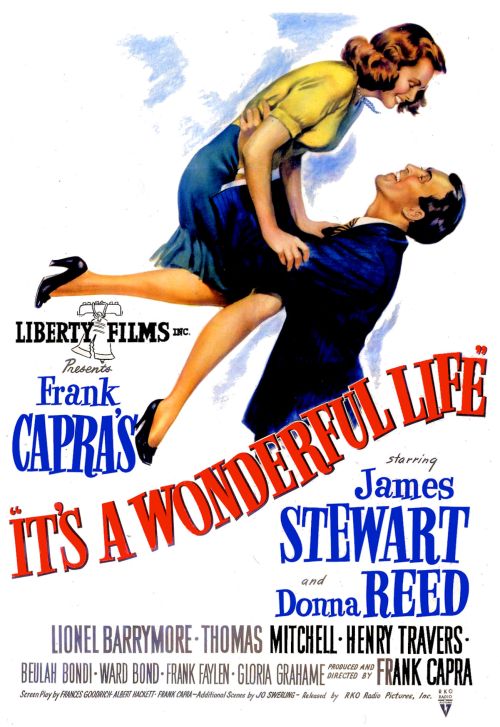 It’s A Wonderful Life (1946) was a movie that just left me glowing with its warmth and affection for humanity, and it’s belief that just being a good person matters. I remember after seeing it I went and found one of my friends and just hugging her and telling her how much I liked her because I was just overflowing with warmth for other people. It’s not one I can watch every Christmas the way I do some, but it’s a really charming movie.

#SFWApro. Rights to all images remain with current holder.

One response to “Films that made an impression: the second five posters”