Bludgeoned by the battery!

So Thursday, we dropped the pups off at Suite Paws, the delightful boarding facility we use to give me a puppy-care break. Thursday evening, TYG was leaving work … and found the car battery was dead. And we had only ninety minutes before Suite Paws closed and the dogs had to stay overnight.

When it became obvious AAA wasn’t going to get to TYG in time to make Suite Paws, she texted one of her friends. He very generously picked me up, drove me to Suite Paws, then drove us home. As the car harnesses for the dogs were in the car, I held them both tight by the leash/harness. They actually liked this as it left them free to watch stuff passing by the window. They love that. However, they’ll have to live with getting buckled in when they’re back in our own car. 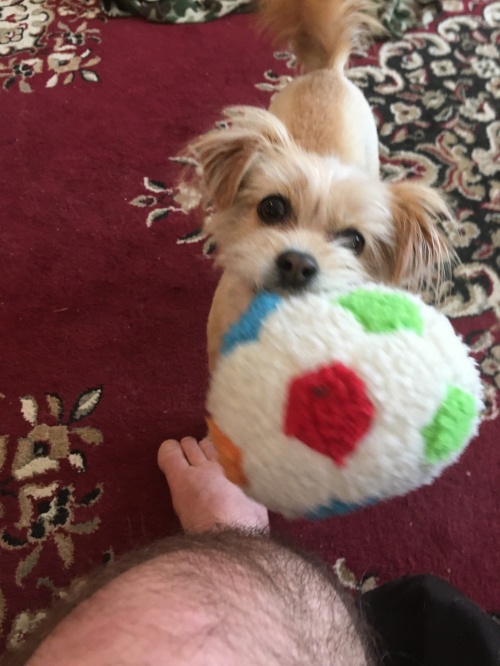 AAA juiced the battery enough TYG got to the battery store, bought a replacement and drove it home. But she’d never have made it to Suite Paws. So thanks Josh for the lift; I would have felt very guilty if they’d been stuck overnight without us.

A minor side-effect was that the “check engine” light came on after we got the new battery, so I decided to drive down to the VW dealer for a checkup. When I started out this morning, the light was gone so I came home. But structuring my morning around the trip threw me off my game for the next couple of hours (it shouldn’t have, but as I’ve mentioned before, disruptions in my routine often do).

And it’s not as if I got that much time to write on Thursday. I spent an hour at the bank resolving a minor problem with Mum’s estate (my sister’s the executor but I’m happy to help out when I can), and dealing with a debt collector that doesn’t believe I resolved the identity theft case from last year. And dealing with a contractor. But all that would be much tougher if the dogs had been at home.

I got a fair amount done this week. I finished going over the text of Atoms for Peace, though I haven’t made all the corrections to the document on my computer. And some of them are like “rewrite this paragraph” so it’s not just a matter of quick fixes. It’s coming along well, though.

Southern Discomfort is moving along, though slower now. I expected that would happen the further I got in. For instance, an interrogation scene between FBI agents Cohen and Dini and Olwen McAlister needed a thorough going over. The theory the feds (or “G men” as they used to call them) were pushing simply didn’t make sense; I think restructuring it, everything looks logical

I had a light level of Leaf work because the site crashed for a couple of days. Even with the added time I didn’t get much short story work done. This annoys me but if something’s gotta give, better the shorts than Southern Discomfort.

It doesn’t help the dogs are still demanding more attention than usual. And that I invariably fold and give it to them. Still, there are worse ways to spend the day.

One response to “Bludgeoned by the battery!”