The digital age was supposed to be when everything would became available to us at any time we wanted it. Except (astonishingly) it’s not so simple. Barnes & Noble is trying to stop red ink on the Nook, so downloaded video must be switched to other providers. And in the UK, customers will have to open an account with another provider (Sainsbury’s) and transfer books to that platform or they’re lost. As I’ve mentioned before, this was not the way ebooks were supposed to work.

Mighty God King meanwhile laments how much video is not on DVD or only available at exorbitant prices, but also not available for streaming. I agree with him completely: it’s astonishing, working on Time Travel in Screen, how many movies weren’t available or weren’t available in English or American-compatible DVDs (I was willing to spend a lot on my book, but I don’t really think it was worth getting an all-regions DVD player). But I do disagree that people reading this “grew up in a world where there was a basic assumption that any movie or TV you wanted to watch would be reasonably available to you, thanks to the dual waves of VHS and then DVD meaning massive releases of decades’ worth of film and TV.” Okay, it was probably a basic assumption but it was wrong: as long as VHS and DVD have been coming out, Good Movies That Aren’t Available has been an issue (copyright issues or simply lack of interest). Which doesn’t make it any less of a problem for preserving good stuff. And makes me glad I kept a lot of stuff I recorded off the air (The Nasty Girl, for instance, is a great German movie but last time I checked, it wasn’t available at all in DVD).

•On the plus side, Barnes & Noble is closing fewer stores than expected and opening some new ones.

•As a run-up to her new Harry Potter story, J.K. Rowling has been writing about magic in North America. Some Native Americans think it sounds like a disaster. For example, Rowling explains the myth of the Navajo skinwalker as distorted stories about native animagi. While I think her point is to show stereotypes and bias leveled against Americans, the criticism is that skinwalkers are part of a complex tradition, so it’s like declaring Christian saints are actually Hogwarts graduates using magic.

•What constitutes a conflict of interest when you’re a freelancer with multiple clients?

•Twenty-two years ago this month, 2Live Crew won a major “fair use” copyright case over parodying the song “Pretty Woman.”

•If you’re writing about a convicted serial rapist, discussing how he was once a nice white high school athlete and none of his friends can believe he’s guilty is not the way to go. More commentary here.

•Shannon Thompson on not letting writing consume her life. This is very much a YMMV topic—J. Michael Straczynski once wrote that when he was starting out either he was going to become a writer or “the abyss would take me”—but it’s worth thinking about for that reason. Is writing a job, a hobby, a passion, and how much are you willing to cut back on other things to find writing time and energy? And if there’s a limit to what you’ll give up, that’s okay (I certainly prioritize TYG over getting work done).

•Below, another Powers cover, from one of Jack Vance’s Demon Princes stories. 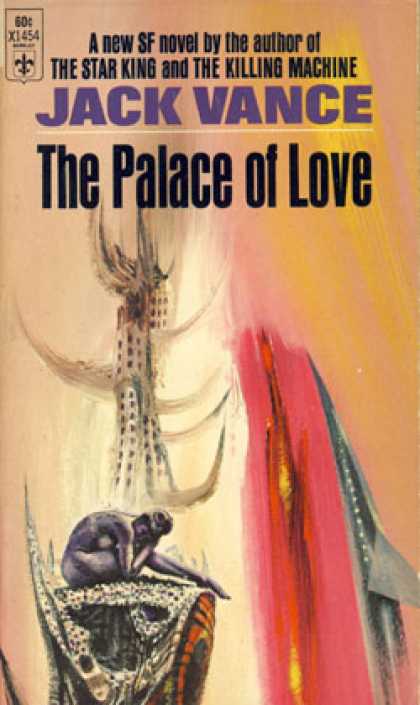 One response to “Digital content woes, JK Rowling on North America and other writing/publishing links (#SFWApro)”