This past Saturday, Anne Rice died. While I’m not a huge fan of her work — I loved Interview With a Vampire and Vampire Lestat, not much else — I think her impact on vampire fiction was and is seismic. 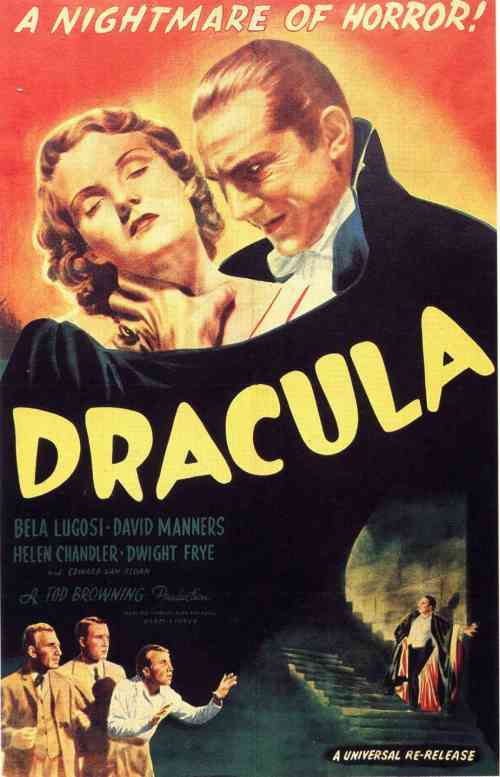 When I was reading writing-advice magazines in the late 1970s and early 1980s, one thing I read repeatedly was that the vampire novel was dead. Everything that could be done with vampires had been done. Besides, everyone knew that evil wasn’t guys who climbed out of their coffin wearing evening clothes and drank your blood. It was pollution! Serial killers and mass shooters! Political corruption! Vampires were just silly old folklore, not even usable as metaphor.

This was, of course, well after Interview came out in 1976, but it remained largely a cult classic for years. Then Lestat pushed Rice’s work from cult to mainstream. Vampires were profitable after all.

But it’s not just that she proved the doomsayers wrong. I think she changed our perception of vampires too.

Up until Rice, vampires were portrayed as lone predators. Sure, Dracula had his vampire brides but they were satellites orbiting around him. Outside of Hammer’s Kiss of the Vampire, vampires didn’t hang out together. Marvel’s Tomb of Dracula showed an army of vampires but they weren’t a subculture like Rice’s —

—instead they were a disorganized rabble held together by the will of their overlord, Dracula. Even the vampires Dracula created had no loyalty or affection for him; in the final Tomb of Dracula issue the vampires happily turn their allegiance to Torgo, who’s usurped Dracula’s role as lord of the undead. 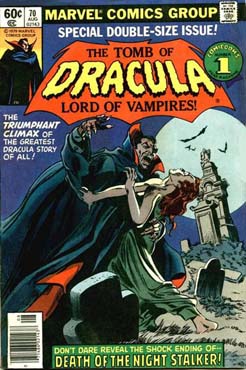 Contrast that with what we see post-Rice (spread partly through Vampire: the Masquerade, which was Rice-inspired). Vampires have a subculture, living among us but separate and secret. Vampires who reveal their existence have to answer for it. The vampire/sire bond is a serious and intimate thing. There are rules and customs beyond “they who have the power make the rules.”

I’m not the biggest vampire fan — vampire crime families has become a tedious cliche in urban fantasy — but there’s quite a lot I do like. And I’m not sure how much of of it would be around without Rice’s work.

That’s an impressive epitaph for any writer.