It will be a while before I clear out all my viewing from working on Alien Visitors, but here’s the first catch-up post.

ABSOLUTELY ANYTHING (2017) has an intergalactic council (voiced by the Monty Python team) decides humanity’s survival hinges on whether Simon Pegg can use reality-warping powers for good or become corrupted. This is a good example of alien advanced science being indistinguishable from magic, as the council might as well have been God in Bruce Almighty or the bored deities gifting Roland Young with similar power in The Man Who Could Work Miracles. 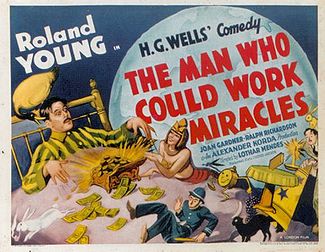 The results, unfortunately, are the predictable monkey’s paw effects of everything Pegg does turning out wrong though the alien’s standards turned out to be a nice twist (“It was good when he started all those wars, but now he’s stopped them — nothing is more evil than weakness!”). With Kate Beckinsale as Pegg’s dream girl. “The London Underground is worse than anything we did at Guantanamo.”

WORLD’S END (2013) has Pegg playing a self-destructive hot mess who reunites with his old school chums (including Martin Freeman of Sherlock) to re-enact the post-graduation pub crawl they never quite finished (making Robin Williams’ The Best of Times a logical double-bill). Unfortunately this plonks Pegg’s crew and Lost Love Rosamund Pike right in the middle of an alien takoever helmed by former teacher Pierce Brosnan. This has some clever writing in spots but Pegg’s the kind of overbearing jerk I just cannot stand. The alien stuff is simply too stock for me — like some of the shticks in Mars Attacks!, the pod people claiming We Make People Better could have been dropped in a serious movie without changing anything. “Does anyone know what ‘robot’ means?”

MIDNIGHT SPECIAL (2016) is an interesting, if slightly too murky film wherein a father with a strange mutant child scurries to help him meet his Moment Of Destiny despite the efforts of the authorities to stop him and Mom Kirsten Dunst (yet another actor whose gone from kid star to Mom roles within my lifetime. Not that I’m old or anything). This is an effective SF thriller but would benefit from a little more explanation about why the kid is like this — I’d assumed an alien hybrid, but they don’t confirm or deny that. “What do you believe will happen Friday March 6?”

As CHARIOTS OF THE GODS (1970) was one of the films inspiring Tribulation 99, I gave it a look and had 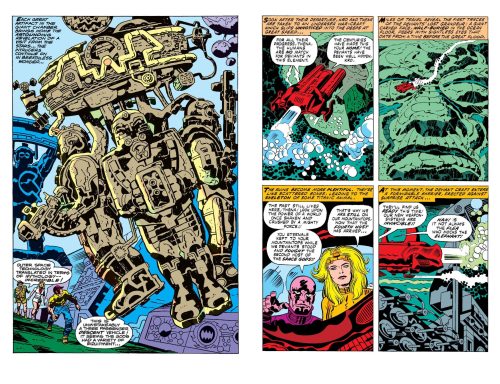 the pleasure of seeing TYG boggle at the bullshit (“That carving looks nothing like an astronaut!”). This pseudoscience documentary attempts to sell Erich Von Daniken’s theories about alien ancestors but even as a teen I was more intrigued than convinced by his ideas. Now I find his theories just ridiculous, nowhere near as interesting as Charles Fort (probably because Von Daniken has less solid material to work with). This makes me appreciate why some critics find Von Daniken racist, with the emphasis that the aliens did their work in Egypt and preColumbian America rather than, say, ancient Rome (the film mentions some Roman temples but only to claim their foundations were former rocket sites). Jack Kirby’s Eternals (source of the images here) is vastly more interesting.“Would Ezekiel have described visitors from space in any different terms?”

The animated CHICKEN LITTLE (2005) is unusual in that the protagonist’s Zero to Hero moment occurs well before the alien invasion, as his long-odds win in the Big Baseball Game redeems him from his previous panic over the sky falling. But then, when he starts squawking Aliens Are Coming…This makes the structure feel a little off, but the film ends up being a good example of an invasion that’s actually a misunderstanding (“You know how it is — when you’re a parent you do anything for your kids.”). Minor but watchable. “Prepare to be hurt — and not emotionally like me!”