Old-school advertising inside a paperback

So while reading Andre Norton’s Sorceress of the Witch World, I encountered something from eons past: cigarette ads inside a book. 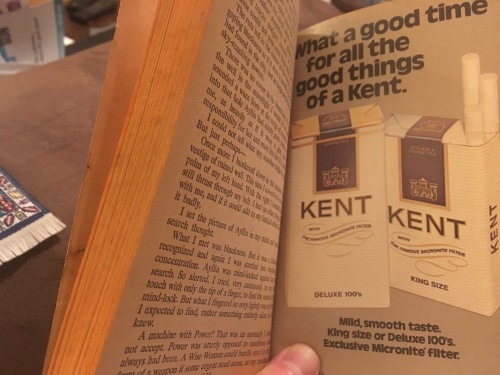 It’s not a bookmark, it’s actually bound into the book. I remember finding this annoying back in the day, but cutting it out would leave an annoying stub, so I never bothered.

Equally anachronistic, the flip side of the ad shows a woman relaxing with a cigarette while reading an airmail letter. 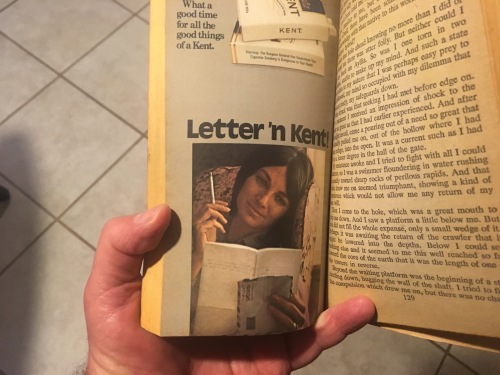 Air mail envelops were made with extra light envelopes and written on lightweight stationery so that the bill for sending them by air (faster that way) wouldn’t kill you. They were also marked with a border that indicated the country they came from, making it easier to sort them. According to the link, the USPS eventually discontinued air mail, though you can still by the envelopes for the decorative appeal.

In case you were wondering, Kent’s “Micronite filter” — doesn’t that sound like the equivalent of kryptonite for Atom or Ant-Man? — was originally made from asbestos. It was touted as a health breakthrough because it would filter out tars from the inhaled smoke. According to the linked article, smokers would have been safer with the tar.

#SFWApro. All rights to advertising images remain with current holder.