While I’m sure the films are very far from Agatha Christie, I dearly love Margaret Rutherford’s turn as Miss Marple in four early 1960s movies.  MURDER, SHE SAID (1961) was the first film, in which the indomitable spinster witnesses a murder in a passing train. 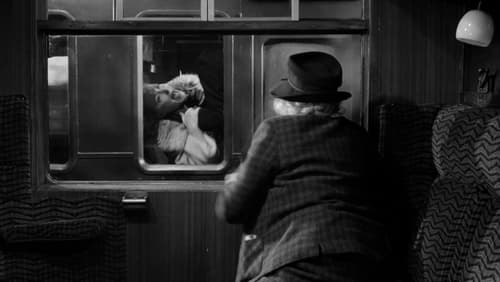 Upon discovering she’s a murder mystery fan, Inspector Craddock (Bud Tingwell) writes her off as a dotty old bat. Miss M.’s not about to stand for that, so with the help of librarian Mr. Stringer (Stringer Davis) she tracks the killer to a gloomy old country estate, insinuates herself into the staff and resumes her hunt. But will she expose the killer before he eliminates her as a threat? Craddock and Stringer returned in the remaining three films, while the cast of this one also includes Arthur Kennedy and Joan Hickson, who would later play Miss Marple herself on TV. As fun as I remembered it. “I’ve seen you with your hands like that once before, doctor — around a woman’s throat.” 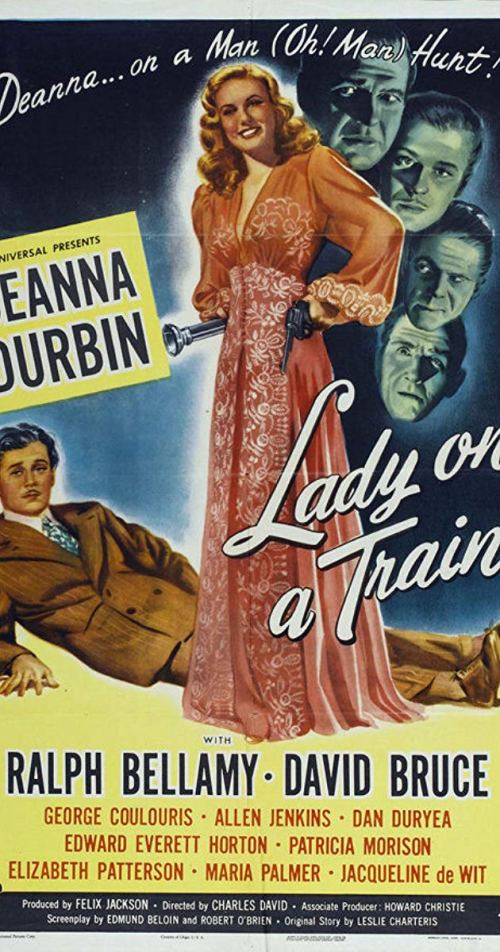 LADY ON A TRAIN (1945) has mystery buff Deanna Durbin glance out her train window into an office building and guess what she sees? After desk sergeant William Frawley proves as unimpressed as Inspector Craddock, Durbin turns to Ralph Bellamy, the author of her favorite pot-boilers, for help and the game is afoot. This is closer to a straight mystery than Rutherford’s more comical adventure, but it’s also good; the cast includes Edward Everett Horton as “Haskell of the New York office,” George Coulouris as a creepy gentleman and Dan Duryea as the victim’s flirtatious nephew. “I’ve already killed Margo, Josiah, Saunders, my brother and you — I’ll have to start on the other hand.”

Apparently I taped UNION STATION (1950) some years back under the impression it was Douglas Fairbanks’ Union Depot; while not in the same league as that film, it’s a good suspense drama as Nancy Olson alerts railroad cop William Holden (they find each other obnoxious and irritating in a way that makes it obvious they’ll be together by the film’s end) that a kidnapping operation is using his station to negotiate the return of blind Jan Sterling to her wealthy father. The emphasis on cutting-edge police techniques makes it a period piece now, but the execution is solid and Lyle Bettger is a delightfully rotten bad guy (he’d have kicked a dog if there’d been one in the film). “You think you’re going to cut in on any part of that hundred thousand? Only from the cemetery.”

#SFWapro. All rights to images remain with current holders.