I was a good doggy parent this week

So last weekend, I picked up Plushie’s new prescription for anti-itch pills, which as I noted Wednesday didn’t help. We debated whether to take him in or give the drugs time to work; I made the call to go ahead and we had a vet’s appointment Monday. Result: one shot (poor dog) and by yesterday, a cessation of the self-biting. However he still chews on himself when we’re all in bed at night, so I got out the new cone of shame I just bought. Unlike the regular one we’ve used a couple of times, it’s soft and doesn’t jar when he bumps up against something. Again, good judgment on my part — it proved much easier to get him comfortable with the new cone on his head.

So I’m quite pleased with myself.

We also had to take the medicated shampoo and give him a bath, which is not something we normally bother with between grooming appointments. Plushie found this suboptimal. This will have to keep up, our vet says, just in case, but only once a week. 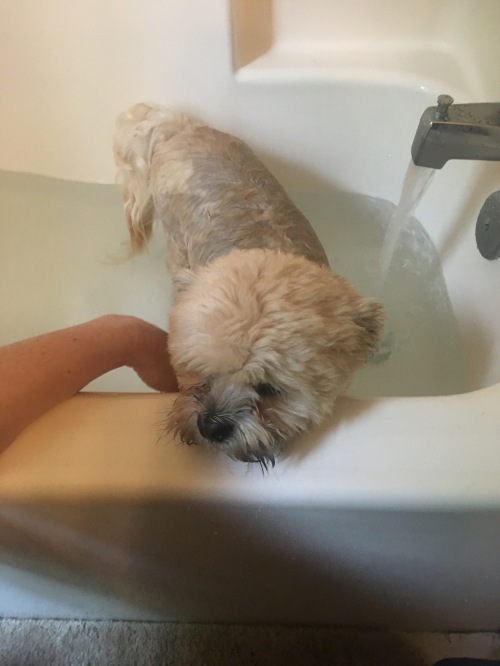 It’s been a rough week for the Plush One, but I’m glad he’s on the road to recovery.

Filed under The Dog Ate My Homework