The Twilight Zone, a tree and the Incredibles: TV and movies 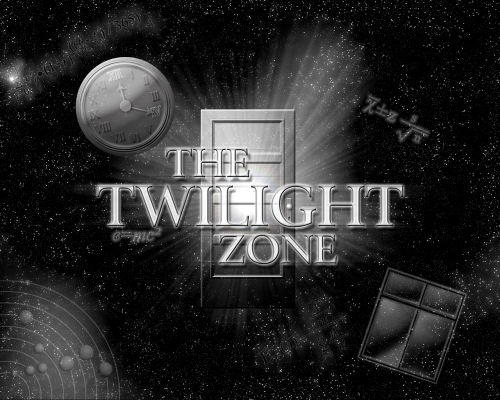 With S3 of THE TWILIGHT ZONE, the bloom is definitely off the rose with way more flops than in previous seasons. E.g., Cavender is Coming, The Shelter, The Passerby, Still Valley, Dead Man’s Shoes, Four o’Clock and Showdown With Rance McGrew. Some are preachy and heavy-handed, some are unfunny comedies, some just fill a half-hour of TV and accomplish nothing more.

That said, the season also had some terrific episodes. Elizabeth Montgomery and Charles Bronson give solid performances as post-WW III survivors in Two, which opens the season. Donald Pleasance gives a moving performance as an aging teacher in the final S3 episode, Changing of the Guard. In between we have It’s a Good Life, the anti-Nazi drama Death’s Head Revisited, Five Characters in Search of an Exit and Person or Persons Unknown. It’s worth sitting through the mediocre to get to the good stuff. I’m not sure I’ll feel that way about S4, the notoriously unsuccessful switch to hour-long episodes (I think mediocre-to-bad episodes are the majority) but I won’t turn back before I finish the whole run (are you impressed at my heroism?).

CHARISMA (1999) is a confusing Korean thriller in which a cop is put on mandatory leave after a botched hostage crisis, travels to a small village and winds up obsessing over a mysterious tree in the arae. I’d assume my utter lack of interest in this (I checked out after about 40 minutes) was due to a culture gap if I hadn’t watched and enjoyed so many Korean films for the time-travel book.

THE INCREDIBLES 2 (2018) picks up immediately where the first film wrapped up, as the family’s battle against Undermind creates so much wreckage it looks like superheroes will stay on everyone’s shit list. A billionaire superhero comes up with a solution, using Elastigirl to fight crime on camera so that viewers will see how much good they do; Mr. Incredible, being overly prone to collateral damage, has to become the stay-at-home parent. But a villain named Screenslaver has a plot that may destroy the family for good … This was a lot of fun, and I give them credit for showing Mr. Incredible as a competent parent rather than a complete inability to handle the kids. Jack-Jack isn’t as cute as they think, but overall this makes me hope for Incredibles 3 some day. “Let’s not go testing the ‘insurance will pay for everything’ idea all at once, okay?”

2 responses to “The Twilight Zone, a tree and the Incredibles: TV and movies”