As I’ve mentioned before, many conservatives love the idea of safe spaces. Even though the term originated on the left.

As originally defined (or so I understand it), “safe spaces” was about creating areas — colleges, classes, groups, cons — that didn’t tolerate harassment, bullying, hate speech, intimidation, etc. That’s a good goal, though I know hate speech and harassment are sometimes hard to define (as I noted in a previous post some people count wearing a swastika as de facto hate speech)— but in other cases, they’re quite unambiguous.

A lot of people sneer at the idea — ooh, you need a safe space? Well, it’s going to be pretty rough on you in the real world! — but I think that’s a reason to push harder for safe spaces. And I think conservatives are entitled to them too. Right-wing Christians, for example, have the right to get together in private and discuss how gay people are damned to hell, or any woman who gets raped deserved it; I would find their views revolting, but they’re entitled to have them. 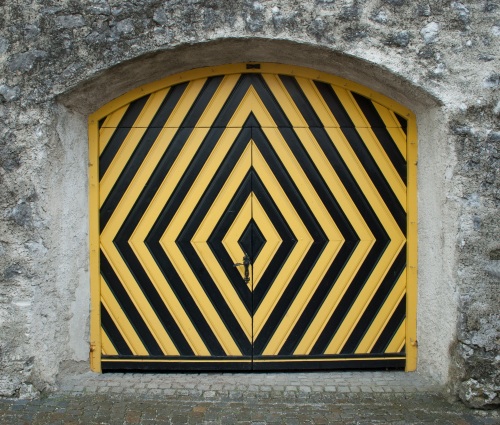 But safe-spaces conservatives don’t want that sort of safe space they want the entire world, or all the parts they might use, to be “safe.” And “safe” doesn’t mean “no death threats, no harassment, no bullying” it means the absence of anything and everything they dislike. Women. Blacks. Latinos. Gays. Atheists. Muslims. Claims that these groups suffer from discrimination and harassment, and that this is a bad thing which should be fixed.

Men’s rights activist and rape apologist Warren Farrell, for example, argues that it’s perfectly natural for men to resent efforts to fight sexism in Silicon Valley because it’s guy space: “The less safe the environment is for men, the more they will seek little pods of safety like the tech world.” Women are, by definition, intruders. I’ve heard the same argument about gaming: it’s where guys go for refuge from a world that’s hostile to manhood, so naturally they resent women horning in. Just as others think it’s oppression when women offer opinions on oh, anything. Or appear on TV as anything but wives, mothers and lays.

Writing at National Review (not a direct link), David French sums up this safe-space argument by arguing that “a hostile, illiberal brand of identity politics has seeped into every nook and cranny of American culture. It’s not the case that conservative Americans sit ensconced in their immense privilege, raging at an irrelevant fringe hyped up by Fox News. [yes, actually they do Mr. French] Rather they experience identity politics at their jobs, hear their children and grandchildren describe experiencing it at school, and find it so omnipresent on television and online that they can’t seem to find any space (aside from conservative media) where someone isn’t mocking their values or accusing them of being complicit in historical atrocities.”

As Roy Edroso notes at the link, it’s funny how nobody besides right-wing pundits seems to live in this dystopian nightmare world where straight WASP men are subjected to public shamings. And where it’s impossible to find any TV (TV, which has three military heroics series coming on this fall) that doesn’t mock their values or blame them for historical atrocities. I watch a fair amount of TV and I never run into that crap; even if I did, between streaming and DVDs there’s no shortage of alternatives (but of course “if you don’t like it don’t watch it” is only an acceptable argument when addressed to liberals). Possibly French is just bullshitting. Possibly it’s just that he feels TV shows with gay couples, premarital sex and professional women equates to mocking his values (as I’ve suggested before)? If so, cry me a river. Stuff like that isn’t harassment, it’s just people marching to a different drum. They’re not attacking French, they’re just not doing what he wants.

What safe-space conservatives want isn’t really safe space. They want all the space.