Not as scary as it looks

We weren’t sure what this dead insect was, but it’s impressively large. We wondered if it might be the infamous murder hornet. 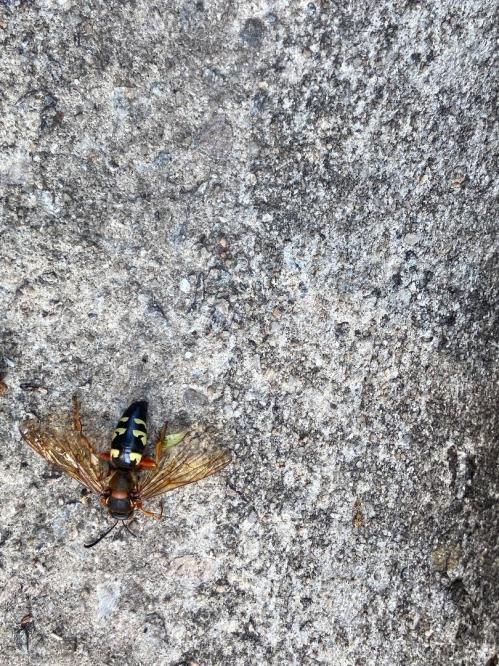 Striking though it looks, friends told me it was a cicada-killer wasp, so it’s murderous fury isn’t directed at humans. We can sleep easier now.