THE PIGEON TUNNEL: Stories of My Life by John Le Carré  is less the biography I expected and more a collection of writing-related anecdotes — the real people he based various characters on, the perils of getting cocky (he had to rewrite The Honorable Schoolboy after sending it to press when it turned out his Hong Kong geography was out of date), research that involved meeting everyone from Yasser Arafat to a friend of Soviet double-agent Kim Philby, plus the perils of celebrity (various people assuming he’s got the same kind of pull in the Service as James Bond’s M). A great fan of German literature, Le Carré is also disgusted with how many Nazis stayed in government service during the post-war decades (he sees the Baader-Meinhof terrorists as a backlash against the continued Nazi presence). There’s also a discussion of multiple movies that never came to be (Fritz Lang was interested at one point) and a long section on Le Carré’s charming but malevolent con-man father. If not up to his novels, certainly worth reading.

THE WATER BLADE: Book One of the Ridnight Mysteries by Stuart Jaffe has two main protagonists: Axon, the female leader of a frontier adventuring party who dreams of wielding the magic Water Blade against the monstrous Beast, and Zev, a detective Naomi hires to investigate when someone murders one of her team. Zev is the more fun, a rookie with Sherlockian skills but little experience; this was enjoyable though I wish it had been clearer on the tech levels. I have no problem with magic co-existing with new inventions such as cars and rifles but I don’t quite know how they fit — have they just jumped past muskets? What is the tech level in the more advanced east? Still, this was fun.

SHOWCASE PRESENTS WORLD’S FINEST II is an uneven collection. Most of the stories are by Jerry Coleman and blandly forgettable but we also have Bill Finger giving us clever stories such as “The Batman Nobody Remembered” — 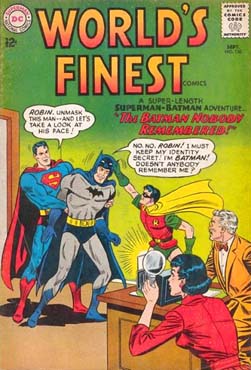 — and Edmond Hamilton turns in some emotionally charged ones such as “The Feud Between Batman and Superman,” which I blogged about at Atomic Junkshop. 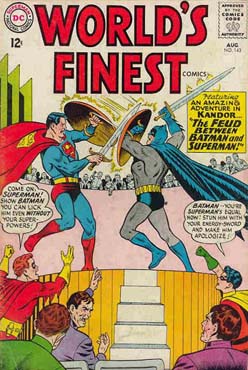 As part of my Silver Age reread over there, I’m glad to have this one. Even without that spur I’d enjoy it, but as with most Silver Age material, YMMV.

The Immortal Hulk arc ends disappointingly with IMMORTAL HULK: Of Hell and Death by Al Ewing and Joe Bennett. Most of the volume is good as Hulk and Betty discuss their feelings, Joe Fixit explains himself and She-Hulk joins in the action, but when we finally get down to The Place Below and confront the Gamma Entity … well, it’s just a lot of windy platitudes that explain nothing (it reminded me of God telling Job that he’s beyond comprehension — but in fiction, that doesn’t fly). It reminds me of GK Chesterton’s comment that a mystic hides nothing yet you’re mystified; a fake hides everything and the Big Reveal always disappointed. I hadn’t expected Ewing would fall into the B camp. 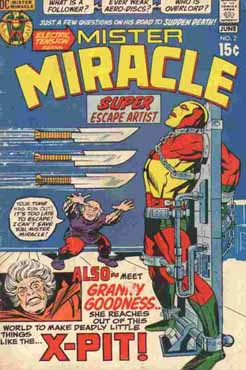 I’m not a fan of Tom King’s work but I’d heard good things about his MISTER MIRACLE miniseries so I gave it a try. The story involves Scott apparently attempting suicide and portrays Jack Kirby’s Fourth World characters so far from their established personalities — Orion an arrogant tyrant, Lightray a murderous, backstabbing dictator’s toady — that I couldn’t accept it at all. Then, at the end, it turns out maybe everything is just on Scott’s mind, a twist I utterly hate.

I wasn’t much happier with the Y/A graphic novel Mister Miracle: The Great Escape by Varian Johnson and Daniel Isles. Treating Granny Goodness’s school as the ultimate High School Hell isn’t a bad idea but it comes off too much stock high school tropes (Kanto and Glorious Godfrey won’t let Scott sit at the cool-kids table) and not enough Hell. Scott’s own arc is too much a stock zero-to-hero story for my taste too.

One response to “John Le Carré, the Hulk and Mister Miracle: books read”