MILES MORALES: Straight Out of Brooklyn by Saladin Ahmed and Javier Garron has the “Brooklyn Spider-Man” (“The older guy’s the one from Queens.”) puzzled to be striking up an alliance with Peter’s old enemy the Rhino against a mad scientist kidnapping “worthless” children (i.e., immigrant, homeless, minority) and turning them into metahuman warriors. Then he winds up working with the Vulture’s mixed-race daughter against Tombstone, a less interesting segment. This was pleasant but as I’ve mentioned before, I’m simply too old to care about the teen side (Miles school days and romances are a big part of the plot) which is not the fault of the creators. I don’t particularly like the idea of a Spider-Man family — Spider-Gwen, Miles and Silk, all located in Earth-616’s New York City — but again, that’s a matter of taste, not a flaw.

DAREDEVIL: Know Fear by Chip Zdarsky and Marco Checchetto has the Man Without Fear back in Hell’s Kitchen but he’s off his game, too physically battered to fight effectively (I’ve no idea why, but not knowing such things no longer bothers me). In the first issue he screws up and kills a man by hitting him too hard, then grapples with that as things slide (as they do with Hornhead these days) into a downward spiral. This would have been great at two issues but at five it recycles the angst too often.

BLACK WIDOW: SHIELD’s Most Wanted by Mark Waid and Chris Samnee is set before BLACK WIDOW: Ties That Bind (it no longer bothers me reading out of sequence either) as it details her first encounter with the Weeping Lion. A threat to SHIELD’s leadership forces Natasha to break into the Helicarrier, then she’s off on a trek to confront Russia’s heir to the Red Room, the even nastier Black Room. Readable but extremely violent and not as engaging as I usually find Waid’s writing. 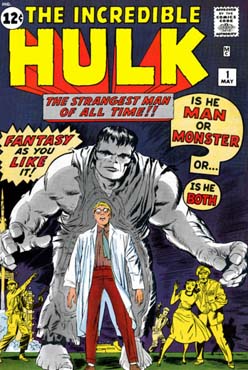 Moving back to the Silver Age, I picked up the first HULK MASTERWORKS volume as part of my Silver Age Rereading at Atomic Junkshop. A number of “meh” works turn out to be more enjoyable when I’m rereading them this way (probably because they’re mixed in with all kinds of other books) and this was no exception. While Hulk is not a character I like much and my criticisms of The Essential Hulk still stand, Jack Kirby’s art does give Stan Lee’s early stories (some of them are by Ditko) an intensity and energy that makes up for a lot. Things get less interesting by the end of the book when Lee and Steve Ditko were writing the Hulk’s Tales to Astonish stories.

The Second THOR masterworks collection is much, much better. Written by Lee and Kirby, these 1964 stories are vast improvement on the first volume; Kirby was passionate about the Norse myths and the energy here is palpable, plus “Tales of Asgard” makes a backup. On top of which, the Lee/Kirby team is finding the sense of melodrama that made their tales feel so intense. Thumbs up.

In FANTASTIC FOUR: The Master Plan of Doctor Doom, the duo deliver more of the same. Can Sue Storm choose between Reed and the Sub-Mariner? Can they and the Avengers work together to defeat the Hulk? Plus the origin of Doctor Doom, establishing him as monarch of Latveria. While Silver Age comics aren’t to everyone’s taste, I think they’re firing on all cylinders here. We even see characters change as Ben decides now that he has a girlfriend he’s okay being a freak — only to have Lee and Kirby drop that idea for more angst (see Ben angsting below, though from a much later issue). 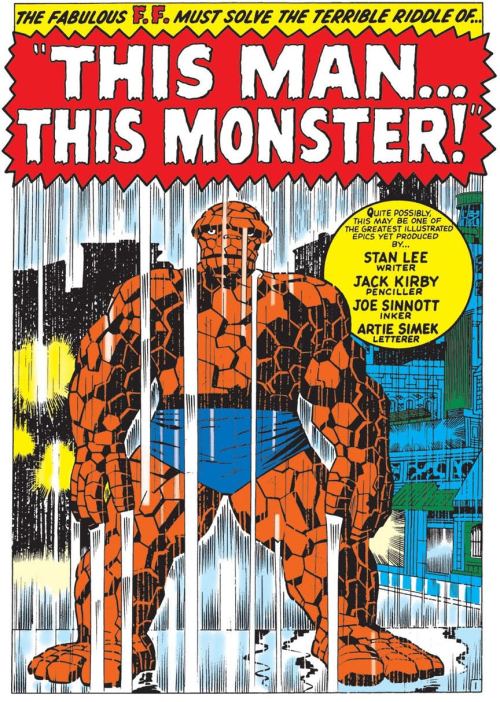 #SFWApro. Art by Kirby, all rights remain with current holder.

One response to “Marvel Comics in trade paperbacks!”