A walrus, an epileptic, a witch-finder and the Suicide Squad: graphic novels

SNARKED: Forks and Hope by Roger Langridge is an oddball but entertaining riff on Alice in Wonderland. The Walrus and the Carpenter are a pair of con artists who unfortunately find themselves protectors of the new queen, pre-teen Scarlett, whose father has vanished at sea. To make matters worse, the royal council wants Scarlett out of the way so they can crown her brother and become regents. Off our cast goes in search of the missing king, but will the Bellman’s blank map really show them the way to Snark Island? Cute. 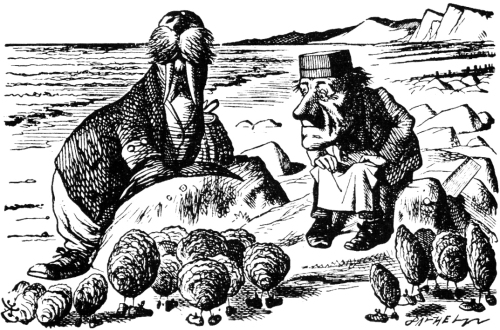 EPILEPTIC by David B. is a French graphic novel chronicling the author’s childhood coping with his epileptic brother and the weird macrobiotic communes his parents kept dragging them to in hopes of a cure. Interesting art, but the story left me cold.

WITCHFINDER: The Gates of Heaven by Mike Mignola, Chris Roberson and D’Israeli has Sir Edward Grey investigating a series of occult thefts around London, This brings him into contact with the Foundry, an occult-centered Torchwood like group working for the British government, and a group of private investigators including one of Professor Bruttenholm’s ancestors. Good, but it felt like it ran out of steam near the end.

SUICIDE SQUAD: The Nightshade Odyssey by John Ostrander and Luke McDonnell is less satisfying than V1, mostly because this collection includes too many crossovers with other books, breaking the flow (the worst is an encounter with the Doom Patrol in one of its least interesting incarnations). The title story involving a quest to Nightshade’s home dimension is solid, though a little continuity heavy. The Batman crossover is good (he does not like Task Force X cutting deals with all these crooks), but I can’t buy the resolution (Batman risks exposure because he let himself get fingerprinted).

What does work is the character bits. Waller and top-kick Rick Flagg really struggle, both with the losses the team faces, and the effort not to cross too many lines. It’s way more interesting than most post-Ostrander writers, who make Waller a bad-ass with zero qualms about dirty work.

One response to “A walrus, an epileptic, a witch-finder and the Suicide Squad: graphic novels”