According to the introduction, WE ARE ALL LEGENDS by Darrell Schweitzer was inspired by The Seventh Seal with its story of Julian the Apostate (“Second of that name.”) who in his first encounter with evil rolls over and surrenders. Denied salvation, he wanders a world of strange cults and warped Christianity (“God is mad, yes, but so is his adversary.”), hoping to escape damnation but unwilling to redeem himself. Dark, gloomy and weird, this reminds me a lot of Clark Ashton Smith’s work; like a lot of short story series, it gets repetitive at times, but it’s still well worth reading.

MOTHERS OF INVENTION: Women of the Slaveholding South in the American Civil War by Drew Gilpin Faust looks at how Southern ladies, raised to believe they were utterly dependent on men for protection, guidance and support, suddenly found their men yanked away by the war. Now it was the women who had to order slaves around, run businesses, petition the government for help and make public appearances at fund-raisers, which often left them in a state of cognitive dissonance and outraged other Southerners (even the slightest departure from their conscripted gender roles would piss someone off). The normal course of life was similarly disrupted, as young girls found themselves deprived of the courtship and husband hunting that would usually consume their time and many young widows decided lifelong mourning was not the way to go. Faust concludes that the women never really embraced their new roles, which is part of why feminism never found fertile ground in the south (Southern suffragettes didn’t demand the vote based on equality, but on the grounds they deserved it more than Negros). Not as striking as Faust’s This Republic of Suffering, but interesting. 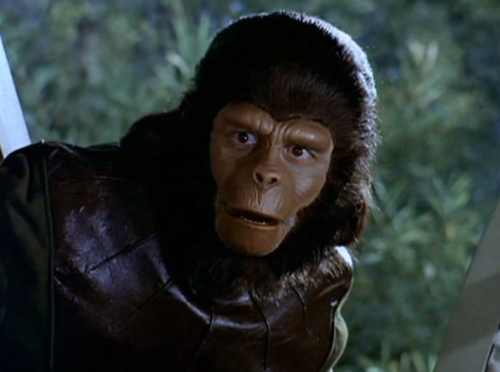 PLANET OF THE APES AS AMERICAN MYTH: Race, Politics and Popular Culture by Eric Greene argues convincingly that the subtext (and frequently text) of the original films is race relations in America, both reflected in the ape caste system (orangutan leaders, chimp intellectuals, brute gorillas) and ape/human relations (the slaves rising up in revolt in Conquest, for instance).  Greene explores how the theme works itself out in the different films and proposed scripts, from the bleak view of the first two films to the tentative hope of the last three that racial equality might be attained, however much a long shot. An interesting read that also includes the two TV shows and the various comics adaptations, plus several 1990s attempts to revive the franchise (Greene wrote well before the current cycle kicked off).

FAITH: California Scheming: by Jody Houser and Pere Pérez is an excellent sequel to V1, Hollywood & Vine (which apparently I forgot to review). Faith is a plus-size telekinetic and extreme comics nerd (her secret identity name “Summer” is a tribute to both Summer Glau and Scott Summers) who’s just sunny as all get out about being able to use her powers to help people. Here she encounters Chris Hemsworth (or a reasonable facsimile thereof) who reveals an unpleasant secret and goes with her boyfriend Archer to a con where she faces one of the classic dilemmas (“Which of us is the evil double?”). Highly recommended.