A French? photographer, an Indian housewife: this week’s films (#SFWApro) 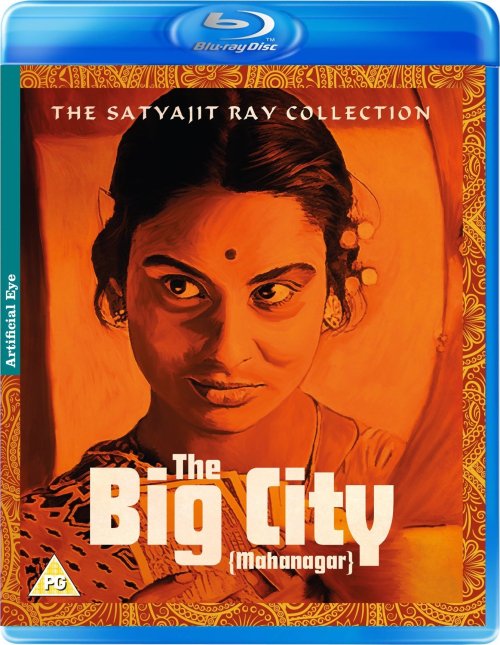 MAHANAGAR (1963) — Big City in English — is Indian director Satyajit Ray’s take on a familiar US theme, My Wife Got a Job!, but it’s better than any US film in that line that I can think of (all rights to image remain with current holder). The protagonist is a bank clerk’s wife who gets a door-to-door sales job, then almost quits at her husband’s insistence. Only when he loses his job, she has to stay on as the sole source of support, giving her a taste of independence and money of her own. The discomfort and insecurity of the male members of her family are handled much more matter-of-factly than most American films, and ultimately this is more accepting of Mom’s role than I think an American film of that period would be. Very good. “We have let earning a living make us cowards.”
FINDING VIVIAN MAIER (2013) is a documentary about the eponymous nanny  who spent her life taking photos of strangers on the street, amassing a collection of photographs that turned her into a retroactive celebrity when a guy who acquired them in an estate sale started posting them online. This is not a great documentary but it is interesting watching the guy and the various people who knew her attempt to reconstruct her mysterious past (“I’m a linguist. I know that was a fake French accent.”) and speculate about what made her the obsessively private person she was. “I really feel guilty saying these things.”