Comics trade-paperbacks: I am behind! (#SFWApro)

So time to catch up! 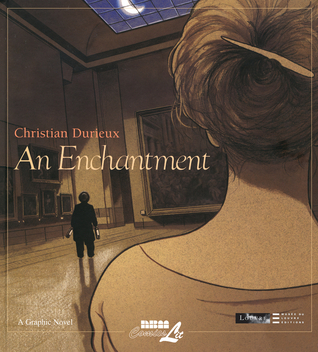 THE ENCHANTMENT by Christian Durieux, is a charming little graphic novel that like the film Russian Ark uses a museum walk-through as a backdrop.The retiring director of the Louvre meets an eccentric young beauty, slips away from his farewell party and talks with the beauty as they wander through the halls. Lightweight but enjoyable (cover by Durieux, rights with current holder)
BATMAN AND ROBIN: Pearl by Peter J. Tomasi and multiple artists is probably the best handling of Damian Wayne (not a character I care for much) I’ve seen. However the stories are uninspired—my reaction to the villain Terminus vowing he’s going to destroy Gotham City amounted to “What? Again?” So not a winner for me.
BATWOMAN: Elegy by Greg Rucka and J.H. Williams makes me appreciate why so many people went ga-ga for Kate Kane when she appeared but also why I didn’t cotton to the series. Kate is a terrific character, a former West Pointer (kicked out for being gay—which happily will have to get retconned away someday) who turns her abilities to fighting crime as Batwoman, with the help of her equally tough father. However her big adversary here, the Cult of Crime, wasn’t interesting when these stories originally came out and hasn’t improved; Alice, the crazy leader, isn’t much better. So a curate’s egg, as they say (a mixed bag. It’s from an old joke about a milquetoast curate eating an underboiled egg and assuring his host “Some parts are very good.”).
PLANET OF THE APES: Half Man by Daryl Gregory and Carlos Magno is entertaining without grabbing me, as a peaceful city where apes and humans live as equals is rocked by scandal, revolution and war. The events going on don’t require me to know any backstory to follow them (I suspect even if I’d never seen the movies, the mythos has percolated into pop culture enough for me to follow it), but I do wonder what version of the Ape-ruled future they’re drawing on here.
VELVET: Before the Living End by Ed Brubaker, steve Epting and Bettie Breitweiser is a spy thriller mixing LeCarre’s cynicism and Ian Fleming’s flamboyance. It’s the early 1970s and Velvet Templeton is an administrative assistant to the head of Arc-7, the world’s deadliest and most secret spy agency. Someone decides she’ll make an easy frame as a double agent, but what someone doesn’t know is that Velvet’s not a paper-pusher, she’s a retired field agent. And Arc-7 field agents are very, very good … This was a lot of fun, and having a woman in her late 30s as the protagonist is novel these days. 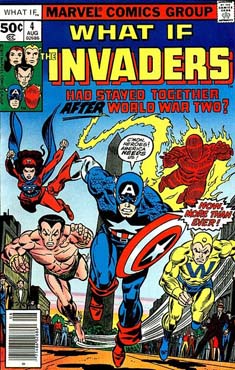 Back in the 1970s, Roy Thomas did a story exploring who filled the role of Captain America after Steve Rogers disappeared (Cap’s original series ran to the end of the 1940s). CAPTAIN AMERICA: Patriot by Karl Kesel and Mitch Breitweiser, takes a look at Jeff Mace, AKA the Patriot and how he dealt with becoming the third man to wear the suit. This follows Jeff’s career from Captain America inspiring him to don a costume through his time with the All-Winners Squad and his eventual retirement (Kesel says in the text page that Mace intrigues him as the first man to walk away from the role). A really good mix of new material with old—thoroughly enjoyable (cover by Gil Kane, rights with current holder)
GREEN ARROW: The Kill Machine by Jeff Lemire and Andrea Sorrentino was a soft-reboot of the New 52’s forgettable Green Arrow reboot. As frequently happens in such reboots, Oliver discovers Everything He Knows His Wrong (“Did you really think it was luck you washed up on that island with nothing but a bow?”) and that he and his father are actually part of a vast, ancient struggle involving totemic weapons and the enigmatic outsiders. The new mythology didn’t grab me, and Komodo (the new adversary here) is an odd nom-du-crime name for an archer (Komodo dragons are deadly, but I don’t think of them as archers). Still a vast step up from the previous run.

3 responses to “Comics trade-paperbacks: I am behind! (#SFWApro)”